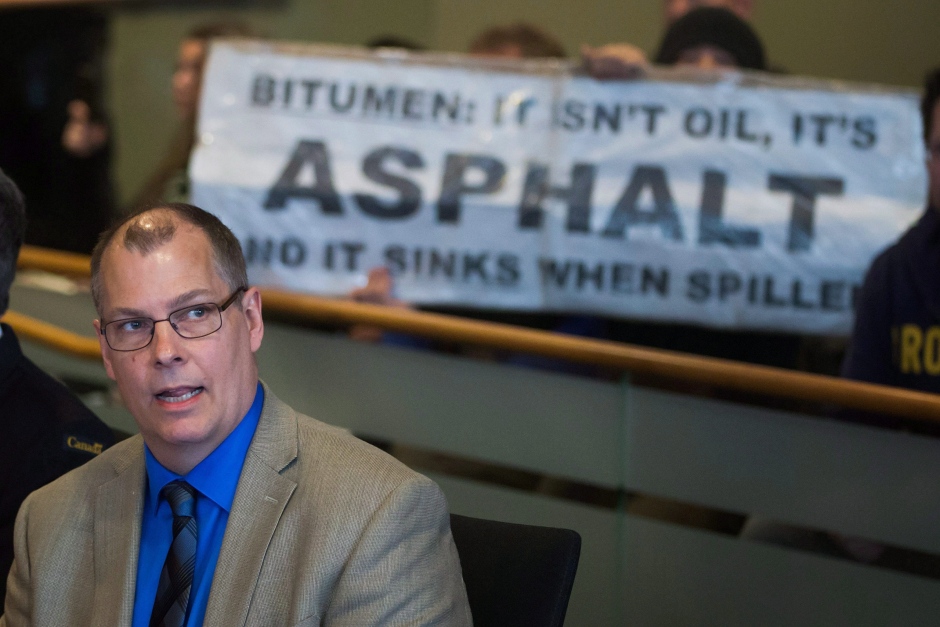 The current federal review process of energy projects needs to be shut down and overhauled immediately, say more than 30 environmental and activist groups in a letter sent to the prime minister.

No pipeline projects should go forward until Justin Trudeau reforms the National Energy Board (NEB), says the letter, which was also addressed to Natural Resources Minister Jim Carr.

That means the current review of the Energy East pipeline proposal for Eastern Canada and the NEB's decision to accept the expansion of the Trans Mountain pipeline in Alberta and British Columbia need to be annulled, they argue.

"If the government wants to restore public confidence in the (review) process and they want a fair, objective and evidence-driven analysis they need to overhaul this thing," Patrick DeRochie of Environmental Defence, one of the letter's signatories, said in an interview.

The activists say the NEB board members are in a conflict of interest and that First Nations communities are not being properly consulted.

The groups that signed the letter include Greenpeace and the Sierra Club Canada Foundation.

Trudeau campaigned in 2015 on the premise that Canadians had lost confidence in the NEB process after what he claimed were years of Conservative government meddling that made pipeline approvals foregone conclusions.

The Liberals put in place interim measures at the NEB — such as increased consultations with aboriginal groups — to give more legitimacy to the Energy East and Trans Mountain reviews while the government reforms the federal body.

"It's inconsistent to say the process is flawed, create interim measures, and then review these pipelines without going through the entire modernization process as they had promised," DeRochie said.

The NEB review of TransCanada's Energy East pipeline is on hold after protesters forced the cancellation of public consultations in Montreal at the end of August.

Protesters demanded that two of the three board members overseeing the proposal resign after it was revealed they had met with former Quebec premier Jean Charest when he was a paid lobbyist for TransCanada.

Kinder Morgan's Trans Mountain pipeline was approved by the NEB in May and the federal government still has to make a decision on whether to proceed with it.

DeRochie acknowledged that several First Nations groups accepted the Kinder Morgan proposal but pointed out that many opposed it.

While he stopped short of declaring that First Nations communities should have a veto on all energy projects going through their territory, Patrick Bonin of Greenpeace Canada was unequivocal.

"We have to respect the right of refusal on the part of (First Nations) communities," he said. "If projects go against their interests and opinions we cannot impose them. They have suffered enough from the impacts in Alberta and British Columbia."