Too much power to the people 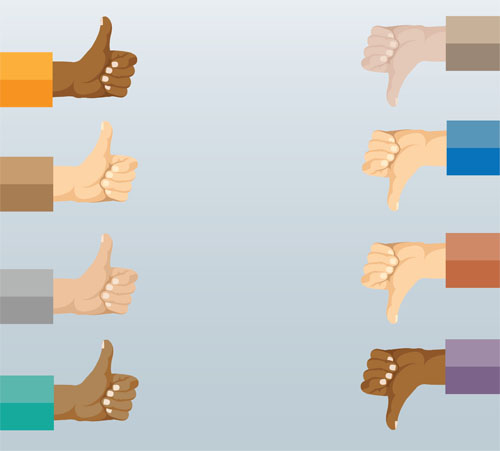 Enshrined in the preamble of the Charter, the rule of law is a cornerstone of our legal system, providing that all citizens, including government officials, are governed by the same laws. The principle mandates the existence of legal rules created without an outlook to a specific case, applied without influence from personal interest or individual conceptions of justice. In government decision-making, the rule of law mandates government action to be based in legal authority and prohibits the upholding of an irrational decision. Decisions are not irrational when they are reasonable, demonstrated through defensibility in terms of fact and law.

The federal government believes its environmental assessment process for energy and other projects lacks credibility, and to address that issue it intends to reform the Canadian Environmental Assessment Act 2012(CEAA) to include a mandatory “social licence” requirement. The term social licence refers to community acceptance and approval of major development projects.

However, while public opinion has a place in environmental assessment, it should not serve as the stamp of approval, condition precedent or a superseding consideration for a minister’s decision under the law. Procedurally, social licences are plagued by personal interest, inconsistency and unpredictability. Thus, amending CEAA to include a social licence requirement will violate the rule of law.

A requirement that project proponents obtain a social licence before receiving government approval for a project is a violation of the rule of law because it allows one factor to be determinative in the ministerial decision-making process. When one factor is determinative, other relevant factors that must be considered are effectively overridden and ignored. If a minister fails to consider a relevant factor, the courts will deem the decision to be “unreasonable.” As the rule of law does not permit irrationality, the decision will be quashed.

In 2002 the Supreme Court of Canada ruled that a school board’s ban of educational materials depicting same-sex couples was unreasonable because it was based solely on parental opinion. The court ruled that while parent views are important, they cannot override considerations of diversity and tolerance as mandated by the statutory context.

Similarly, in environmental assessment, ministers must consider factors in addition to public opinion when deciding whether to approve a development project. CEAA mandates ministers to consider assessment reports and accompanying recommendations. While the minister retains discretion to allocate weight given to each factor in the balancing process, she cannot ignore environmental (scientific), economic and additional social concerns in their entirety. If it were demonstrated that a project will bring economic benefit and pose low environmental risk, but is disallowed because the public withheld a social licence, the minister’s decision to disallow will be unreasonable and contrary to the rule of law for the courts to uphold such a decision.

Moreover, due to the defining characteristics of public opinion, amending CEAA to allow the presence of a social licence to be determinative or unduly considered in the decision-making process would be a strong affront to the rule of law. Public opinion is historically dominated by the project opposition, where only the loudest voices count. In the context of development, public opinion is often riddled with personal interest and framed by individualized conceptions of justice. As the rule of law forbids these personal interests and considerations to wade into the application of the law, it would be inconsistent with the constitutional principle for a social licence to be determinative of a project’s approval.

Consideration of public opinion at various stages of the environmental assessment process is warranted and prescribed by CEAA. However, the courts have noted the purpose of public opinion is to serve as a mechanism for bringing government attention to factors that will ultimately be considered by democratically elected officials. This also applies to the consideration of public interest, as the courts have noted public interest is not based exclusively on public desire, opinions or enthusiasm. Instead, the term has been interpreted as including the broad economic and social considerations relevant to the statutory context.

The only context where public opinion should be determinative is a referendum or plebiscite, as there are procedural safeguards that accompany these voting mechanisms to ensure they are carried out in line with Canadian democratic values. Only the safeguards utilized in a referendum or plebiscite would suffice as a remedy to ensure every person in a defined population is entitled to equal input. However, both the cost and procedural inefficiencies associated with this process are vast.

The infrequency of referendums and Canada’s utilization of a representative democracy illustrate these concerns. The efficiency and transparency of the decision-making process is heightened when authority is centralized, resulting in a stronger ability to scrutinize decisions and hold government officials accountable under the law. To allow individual matters to be decided by an undefined and unelected population would be non-transparent and anti-democratic. Citizens have the right to participate in the Canadian political process as voters and candidates, but not as individual decision-makers.

Credibility is integral to the legitimacy of the environmental assessment process and all aspects of Canadian law. Credibility is fostered when democratically elected officials exercise decision-making powers transparently and pursuant to prescribed statutory authority. A transparent process allows the public to monitor and scrutinize government decision-making, and, when necessary, apply to an impartial court for judicial review. Credibility is not fostered through a social licence. Rather, social licence endorses unpredictability, partiality and a violation of the rule of law.

Paul Cassidy practises environmental law at McCarthy Tétrault LLP. The views expressed above are solely his own.