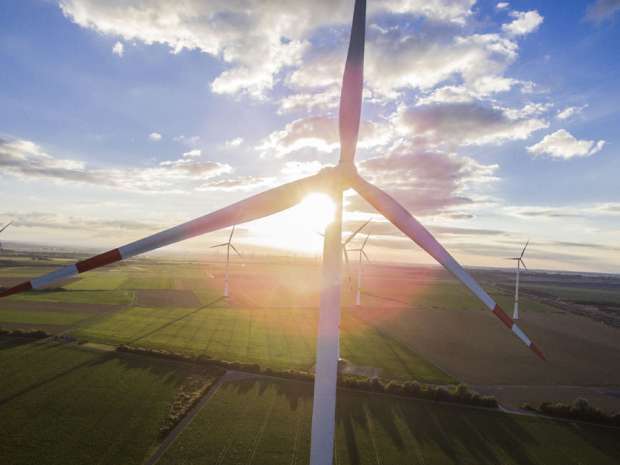 Sixteen months from now, when it’s 2018, and you’re watching the numbers on the gas pump turn over, adding extra cents to every litre to cover the federal Liberals’ national carbon tax minimum, try to remember: That money won’t be for nothing.

Don’t go resenting paying an additional few bucks every time you fill your Camry as yet more money lost to the insatiable clutches of Big Government. Instead, take pride in the knowledge that you are providing seed capital to job creators. Think of those extra hundreds of dollars gasoline will cost every year, and the hundreds more that heating, groceries, clothing and nearly everything else will cost — and even more in subsequent years — as venture capital for a bright and promising new clean economy. With the imposition of a coast-to-coast carbon tax, Canada will soon become a nation of green-tech incubators.

That’s what Prime Minister Justin Trudeau has been trying to tell us, if we could just hear him over all the griping of provincial premiers angry that they’re being forced to impose a federally dictated tax. They’re clearly too benighted to realize that, in fact, Ottawa is gifting them a jobs bonanza on a silver platter.

“There are billions of dollars, and hundreds of thousands of good, well-paying jobs on the table for the countries that get this right,” Trudeau announced in decreeing his mandatory carbon-tax minimums. The innovation they spur will bring “new and exciting job prospects for Canadian workers.” Gerald Butts, Trudeau’s top adviser, followed up by tweeting praise about the Liberal carbon-tax plan in an editorial from U.S.-based Bloomberg. It proved, according to Butts, that “Canada’s new clean growth policy will attract investment & create jobs.”

Actually, the Bloomberg editorial said nothing about investment or jobs (it did say the tax would reduce emissions, but too few to meet Canada’s targets). Bloomberg might be the house organ for climate alarmist Michael Bloomberg, but its editorialists know better than to trot out tired old “green jobs” myths. After all, Bloomberg News a few years ago exposed the ugly truth behind the same empty promises made by President Obama. In a story entitled “The 5 million Green Jobs That Weren’t,” reporter Ira Boudway revealed that the greatest number of jobs he could possibly connect to US$21 billion in clean-energy “investments” made till then by the Obama administration, was 28,854. Obama had promised his centrally planned greenery would create nearly 200 times as many.

Now, 28, 854 jobs isn’t nothing. It’s worse than nothing. Because it works out to just about US$725,000 spent per job “created” — money taxed away from more productive investments. In the net, jobs were lost.

That gets at the heart of the lie that any tax can create jobs — that government can simply tax a dollar, with the economic damage that causes, reduce its value through administrative processing, and somehow deploy what’s left more effectively and efficiently than if it had just left it in the private market. Even in the implausible best-case scenario where a tax is perfectly “revenue neutral,” returned dollar-for-dollar to taxpayers—requiring absolutely no administration costs—it might be able to exchange one job in one sector for one job in another. In reality, it will unfailingly trade more jobs for fewer.

Butts surely knows this given that, in his previous role advising former Ontario premier Dalton McGuinty, Butts was the mastermind behind the province’s own disastrous green-jobs bungle. McGuinty’s government promised its radical overhaul from coal power to wind and solar would create 50,000 new “green jobs.”

Instead, it relentlessly drove up electricity costs. Businesses not bribed with subsidies now shun Ontario — private capital spending in its once powerful manufacturing and finance sectors is projected at half this year what it was before the 2008 recession.

And ratepayers suffer ever-higher bills to cover the expense of dumping below-cost surplus provincial power into neighbouring competitor U.S. states. That this would be no recipe for job gains was predicted in 2011 by Ontario’s auditor general who noted that, in other jurisdictions, “for each job created through renewable energy programs, about two to four jobs are often lost in other sectors of the economy because of higher electricity prices.”

Ontarians fell victim to another fundamental deception behind green-job promises: that there’s something virtuous about burdening an economy in such a way that it should take more labour, not less, to reach its potential.

Green-job boosters want us to celebrate that we’ll need more workers to make solar panels and wind turbines. But as Jennifer Winter and Michal Moore, authors of a 2013 University of Calgary report on green jobs point out, improving economic efficiency and productivity means using fewer inputs, like labour, to produce energy — not more.

What allows green boosters to keep spinning such economically damaging job-creation myths are the vague definitions of what a “green job” actually is. As Winter and Moore note, an accountant who works at a solar panel factory might be counted as “green,” even if the factory uses coal power, while an accountant working at the coal plant itself might also be considered “green” if she maintains a paperless office.

Statistics Canada doesn’t even consider “green jobs” to be a measureable sector. But when ECO Canada, a non-profit championing an environmental workforce, tried a few years ago to break down environmental employees by sector, it found the largest number in “Education, Health and Social Assistance” — all primarily public sectors. So, that hotbed of clean-tech innovation your carbon taxes will be helping to stimulate? It sure looks like what it could really mean is just more government jobs.