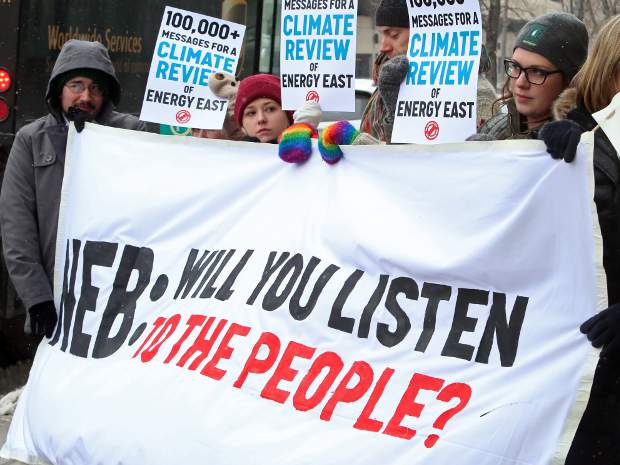 The term “social licence” is fast becoming one of those ubiquitous expressions that everyone uses, but nobody understands.

To some, social licence is a shield used to defend the public interest. To others, it is a sword used to strike down specific infrastructure projects or other industrial developments. The federal government recently added its own definition to the mix: “Social licence is about ensuring public confidence in the decision-making for major resource projects.”

Having considered the matter for some time, I have come to believe that the confusion stems from the fact that social licence is actually a myth — or, at the very least, a gross misnomer. Using the word “licence” in relation to projects requiring government approval falsely suggests that there exists some type of formal certificate or other legally binding document that these projects need to go ahead. In reality, there is no social licensing authority to which companies can apply and no set conditions to be met in order to obtain a universally accepted permit to operate.

There is no such thing as a “social licence.” What we are actually talking about is social acceptance, and therein lies the problem: acceptance is a far more ambiguous concept. A licence is something fixed and permanent, but acceptance is both fluid and temporary. A licence provides enforceable rights, but acceptance can be unilaterally revoked.

By asking companies to obtain a “social licence,” we are giving them the mistaken impression that gaining such a licence can be handled like any other regulatory process. It is vital that companies understand that social acceptance requires more than simply putting forward a carefully reasoned case that demonstrates the merits of a given proposal.

Instead, social acceptance requires that companies work closely with multiple stakeholders to build trust and earn the legitimacy needed to act on their plans. More specifically, it involves inviting the full range of interested stakeholders into the corporate decision-making process at the earliest possible opportunity, then listening to what they have to say.

It is human nature that people are more likely to endorse — and less likely to oppose — a proposal that they have had a role in creating. We help defend what we help develop.

Many corporate leaders come from backgrounds in finance, engineering, accounting and law, and are trained to excel in situations involving defined parameters and defined rules. It is understandable, therefore, that they might be uncomfortable with the notion of developing plans based on the shifting sands of such an unsettled foundation.

More importantly, it used to be taken for granted that government would help gain public support for projects that it considered to be in the best interests of the country.  That is no longer true. Successive governments have now shifted the burden of building public support to those proposing the initiatives.  Absent a wide degree of social acceptance, government won’t act.

Over time, this approach has cost governments both the ability and legitimacy to make unilateral decisions about major infrastructure projects. As a result, large companies with even larger ambitions can suddenly find themselves being held back just as the fictional Gulliver was held down by an army of Lilliputians.

Yet, instead of a hundred tiny strings, companies are restrained by thousands of individual tweets and blogs. It is in this way that individuals can now overpower institutions. The Internet and social media have created a societal power imbalance, where the vocal and active minority have an outsized influence over what gets built and how companies operate.

It used to be that if a majority of people kept quiet on an issue, their silence was taken as a sign that they were either unopposed, or, perhaps, that they were largely indifferent. Today, their silence is co-opted by the vocal minority who tirelessly assert that they are speaking for 99 per cent of the people. This is why companies need to mobilize silent supporters.

Ultimately, the message is simply this: whether it is called social licence or social acceptance, the reality today is that without active and demonstrable public support, nothing gets done. And companies that undertake large projects requiring government approval must do all the heavy lifting themselves, which means engaging key audiences from the outset.

Goldy Hyder is the president and chief executive officer of Hill+Knowlton Strategies.