The Costs of Pipeline Obstructionism 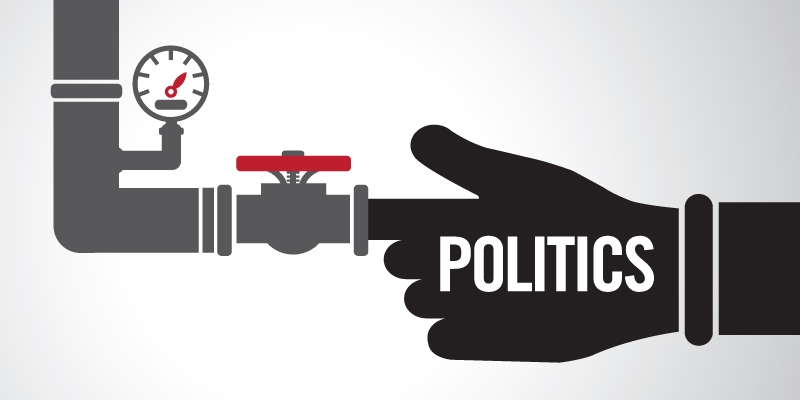 This paper reviews how Western Canadian oil producers are being con­strained by the inability to access new markets via ocean ports and how this constraint, along with the drop in oil prices, the Alberta ceiling on greenhouse gas (GHG) emissions in oil sands operations, and regulatory obstacles are affecting pipeline infrastructure requirements and decisions.

Western Canadian conventional and non-conventional (i.e., oil sands) heavy crude oils continue to suffer from price discounts relative to world region crude oil prices such as North Sea Brent (adjusted for quality differentials and transportation cost), and are at risk of being displaced by increasing US oil production. Access to port facilities on the west and/or east coast would allow Canadian producers to access world crude oil prices.

If Canada were able to export 1 million barrels of oil per day to markets accessible from ocean ports—with the lion’s share of heavy oil and bitumen exports continuing to flow to US oil markets—substantial incremental rev­enues could result. At a US$40/bbl price this could be as high as $2 billion per year (in Canadian dollars) compared with selling into the flooded US market. At an average price of US$60/bbl, it could reach CA$4.2 billion; and at US $80/bbl, CA$6.4 billion. If higher netbacks from markets accessed from tidewater connections were realized by all Western Canada heavy oil production, at the US$40, US$60, and US$80/bbl price levels the annual benefits could reach CA$8.9 billion, CA$18.5 billion, and $CA28.2 billion, respectively.

Both the oil price and the volume of production drive the Alberta and Saskatchewan crude oil royalty formulas. The importance of the price factor is underscored by the impacts of much lower prices on royalty revenues. In the Alberta October 2015 budget, royalty revenues were projected to plunge to $1.5 billion in 2015–16 from $5.0 billion. Royalties from conventional oil production were estimated at $0.5 billion compared with $2.2 billion in 2014–15 (Alberta, 2015a). Saskatchewan’s February 2016 Budget Update projected oil royalty revenue of $347.9 million in fiscal 2015–16—38.5 per­cent less than previously (Saskatchewan Ministry of Finance, 2016a).

Understanding the sensitivity of royalty revenues to price changes allows governments to predict how revenues will be affected by improved prices as, for example, access to new markets is achieved. Oil royalty revenues in Alberta and Saskatchewan would increase by about CA$1.2 billion a year if the WTI oil price were to increase by US$7/bbl. A US$5/bbl increase in the price of WTI crude oil would increase Saskatchewan’s annual royalty revenue on heavy oil production by approximately $29.5 million, and total oil production royalties by about $94.5 million (assuming an exchange rate of 71.5 cents per Canadian dollar).

The capacity to transport crude oil to coastal refineries is insufficient to solve the pricing dilemma that western Canadian oil producers face due to heavy dependence on the US mid-continent region. Oil pipeline projects with a combined capacity of about 4 MMbpd (million barrels per day) have been proposed or conditionally approved. But investors may be less inclined to move ahead with oil sands and related infrastructure projects than before the downturn in prices.

With no reduction in GHG emission rates, the 100 Mt limit on GHG emis­sions from oil sands operations will be reached in 2025, at which point total oil sands production is projected to increase by 1.5 MMbpd. If, as the NEB has suggested, Western Canadian conventional oil production will then have peaked, the required increase in pipeline takeaway capacity will be about 1.9 MMbpd (assuming a system capacity utilization rate of 80 percent). Clearly, without significant reductions in oil sands GHG emissions rates, much of the proposed increase in pipeline capacity from Western Canada will not be needed.

The Energy East Pipeline, the Trans Mountain Pipeline Expansion, and the Northern Gateway Pipeline project would enable about 2MMbpd of Western Canadian crude to access coastal US and overseas markets. But all three proj­ects face serious challenges, mostly environmental, from First Nations, and from various communities. Further, the federal government has imposed new consultation obligations and upstream GHG emission assessment requirements on the Energy East and Trans Mountain projects that will prolong the review process.

Every effort should be made to expedite pipeline project review and assess­ment processes before windows of opportunity for access to new markets are largely pre-empted by competitors. If the legislated regulatory review process with regard to a particular project is unduly delayed, the federal government may need to help resolve impasses or, in the case of projects that are truly in the national interest, introduce special legislation to allow a project to proceed.