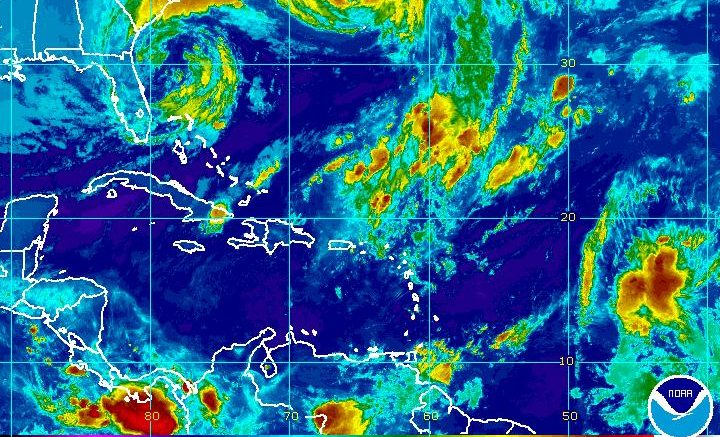 For almost thirty years, I have taught climate science at three different universities. What I have observed is that students are increasingly being fed climate change advocacy as a surrogate for becoming climate science literate. This makes them easy targets for the climate alarmism that pervades America today.

Earth’s climate probably is the most complicated non-living system one can study because it naturally is an integration of chemistry, physics, biology, geology, hydrology, oceanography, and cryology and also includes human behavior by responding to and affecting human activities. Current concerns over climate change have further pushed climate science to the forefront of scientific inquiry.

What should we be teaching college students about it?

At the very least, a student should be able to identify and describe the basic processes that cause the climate of the Earth to vary from Pole to Equator, from the coast to the center of the continent, and from the Dead Sea Depression to the top of Mount Everest. A still more literate student would understand how the oceans, the biosphere, the cryosphere, the atmosphere, and the hydrosphere all integrate to produce our very complicated climate.

Worse still, many of our colleges are working against scientific literacy for students.

At the University of Delaware, the Maryland and Delaware Climate Change Education Assessment and Research (MADE CLEAR) defines the distinction between weather and climate by stating that “climate is measured over hundreds or thousands of years” and defines climate as “average weather.” That presupposes that climate is static, or should be, and that climate change is unordinary in our lifetime and, by implication, undesirable.

Climate, however, is not static but highly variable on timescales from years to millennia—for reasons that include, but are not limited to, human activity.

This program identifies rising concentrations of greenhouse gases—most notably carbon dioxide, methane, and nitrous oxide—as the only reason why temperatures have risen about 2°C over the last decade and will supposedly continue to rise over the next century. Students are then instructed to save energy, calculate their carbon footprint, and reduce, reuse, recycle. Mastering these concepts leads to “climate science literacy.”

This past spring, the University of Delaware sponsored an Environmental Film Festival featuring six films. Among them only An Inconvenient Truth touched at all on the subject of climate science, albeit in such a highly flawed way that in Britain, students must be warned about its bias. The other films were activist-oriented and included movies that are admittedly science fiction or focused on “climate change solutions.”

For these films, faculty members were selected to moderate discussions. Scientifically based faculty could have been chosen from the university’s College of Earth, Ocean and the Environment. Instead, the discussion of An Inconvenient Truth was led by a professor of philosophy and one movie—a documentary on climate change solutions that argues solutions are pertinent irrespective of the science—was moderated by a civil engineer.

Discussion of the remaining four films was led by professors of history, English, and journalism. Clearly, there was little interest in the substance of climate science.

Many fundamentals of climate science are absent from university efforts at promoting climate science literacy. For example, students seldom learn that the most important chemical compound with respect to the Earth’s climate is not carbon dioxide, but water. Water influences almost every aspect of the Earth’s energy balance because it is so prevalent but also because it appears in solid, liquid, and gas form in substantial quantities and energy is transferred by the mobility of water and when it changes state. Since precipitation varies considerably from year-to-year, changes in water availability substantially affect our climate every year.

Hearing about water, however, doesn’t set off alarms like carbon dioxide does.

Contributing to the increased focus on climate change advocacy is the pressure placed on faculty members who do not sign on to the advocacy bandwagon. The University of Delaware has played the role of activist and used FOIA requests to attempt to intimidate me because I have spoken out about climate change alarmism. In my article published in Academic Questions,“The University vs. Academic Freedom,” I discussed my university’s willingness to go along with Greenpeace in its quest for documents and emails pertaining to my research.

Much grant money and fame is to be had for those who follow the environmental advocates’ game plan. Conversely, the penalty for not going along with the alarmist position is quite severe.

For example, one of the films shown at the University of Delaware’s film festival presents those who disagree with climate change extremism as mere pundits for hire who misrepresent themselves as a scientific authority. Young faculty members were thereby sent a pointed message: Adopt the advocacy position or you jeopardize your career.

Making matters worse, consider Senate Bill 3074, which was introduced into the U.S. Senate on June 16 of this year. It authorizes the establishment of a national climate change education program. Once again, the emphasis lies on teaching advocacy rather than teaching science and increasing scientific knowledge and comprehension.

The director of the National Center for Science Education commented that the bill was designed to “[equip] students with the knowledge and knowhow required for them to flourish in a warming world.” Unfortunately, it will do little to educate them regarding climate science.

I fear that our education of climate science has been co-opted to satisfy the climate change fearmongering agenda that pervades our society today. Instead of teaching the science behind the Earth’s climate, advocates have taken the initiative to convert it to a social agenda of environmental activism.

Climatology, unfortunately, has been transformed into a social science. While there is nothing wrong with the social sciences, the flaws underpinning climate science advocacy are masked by the ‘concern for the environment’ when climate is no longer treated as a physical science.

Climate science must return to being a real science and not simply a vehicle to promote advocacy talking points. When that happens, students will find that scientific facts are the real “inconvenient truth.”

David R. Legates received his Ph.D. in Climatology in 1988 from the University of Delaware. He has served on the faculty at the University of Oklahoma and Louisiana State University and currently is a full professor at the University of Delaware in the Department of Geography and the Department of Applied Economics and Statistics. His expertise lies in hydroclimatology/surface water hydrology, precipitation and climate change, spatial analysis and spatial statistics, and statistical/numerical methods. Legates has been invited to speak to the US Senate Committee on the Environment and Public Works on three separate occasions.