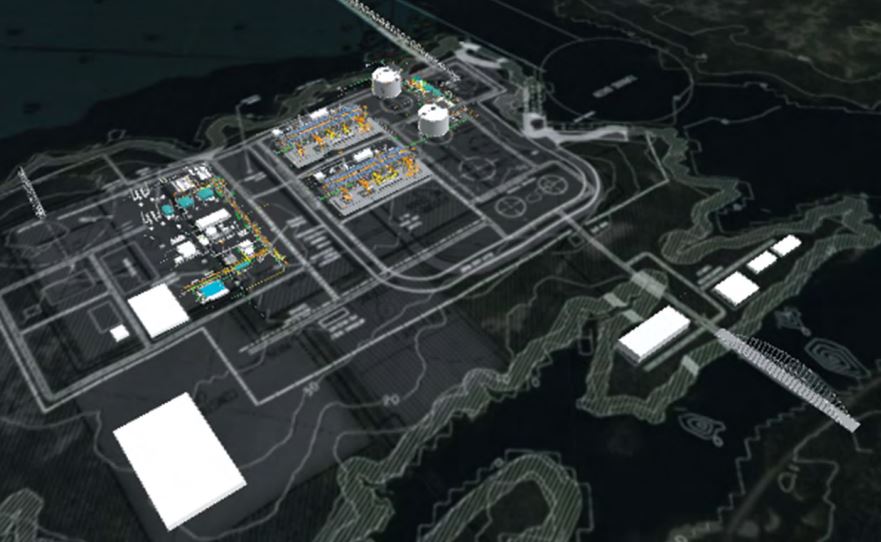 Petroliam Nasional Bhd.’s proposed C$11 billion ($8.5 billion) liquefied natural gas export plant in Canada is getting a boost as an aboriginal community signals openness to the project amid speculation that the location may be changed.

The Lax Kw’alaams Band, which opposes the current venue in British Columbia, is optimistic that it will be moved, said Mayor John Helin, whose community members endorsed talks on compensation for impacts on their traditional lands. The group is set to meet in the coming days with officials from the Pacific NorthWest LNG project and provincial and federal governments.

While the developer says the proposal hasn’t been altered, an online message circulated among Lax Kw’alaams members this month states that the terminal would be placed at one of two sites farther north than now envisioned. Local politics also are shifting with Helin’s election in November after the band rejected C$1.15 billion in compensation in May 2015, citing environmental concerns. In March, Helin offered conditional support to Pacific NorthWest LNG in a letter to regulators.

About two-thirds of 812 Lax Kw’alaams Band members voting in a poll supported continued discussions about the project along British Columbia’s northwest coast, provided that the environment is protected, according to resultsreleased Thursday. Some environmentalists, scientists and aboriginal community members oppose plans to build the terminal on an uninhabited coastal islet and locate LNG carrier berths, a trestle and a suspension bridge in nearby waters deemed crucial for juvenile salmon.

“We’ve been saying all along that we don’t agree with the site,” Helin said. He said he plans to raise the idea of an alternative venue at the upcoming meeting and is hopeful for a change.

The online message to Lax Kw’alaams members identified two other prospective locations besides the current Lelu Island. Neither of those sites -- Ridley Island or Nasoga Gulf -- would be critical for salmon. While denied by the project’s backers, the information may have contributed to the vote in favor of advancing talks.

“Pacific NorthWest LNG’s focus remains on Lelu Island as per our submission to the Canadian Environmental Assessment Agency,” Tessa Gill, head of corporate and stakeholder relations for the project, said in an e-mailed statement. The partners plan to review next steps after a decision by the government, she said.

“The project is continuing to work with area First Nations, stakeholders and regulators to minimize any potential impacts through mitigation measures and design optimization,” she said.

Prime Minister Justin Trudeau’s government is poised to rule within the next month whether Pacific NorthWest LNG can move ahead. A 90-day clock to decide began ticking on June 27, when Pacific NorthWest LNG submitted its final response to questions from the Canadian Environmental Assessment Agency regulator.

The Petronas-led proposal is among almost two dozen being considered for Canada’s Pacific Coast. Also proposing projects are companies such as Royal Dutch Shell Plc and Exxon Mobil Corp.

No major LNG export project has been sanctioned in Canada amid a glut of seaborne gas and plunging prices that have caused cancellations and delays of LNG developments from Australia to Qatar.