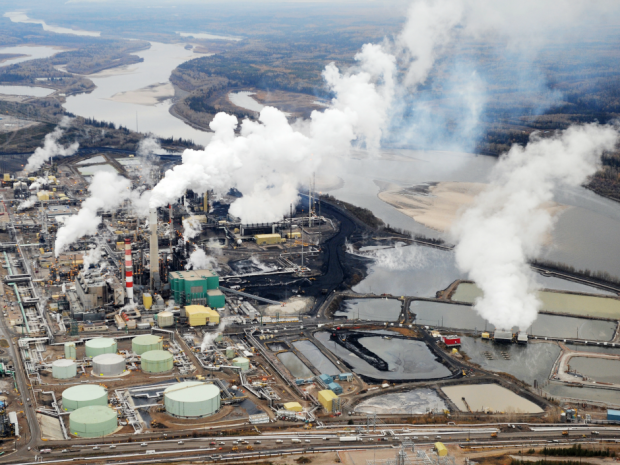 Alberta’s NDP government moved forward Wednesday with an aspect of its climate leadership plan — a cap on oilsands emissions — by appointing a panel to provide advice on how to implement it.

With representatives from industry, green groups, aboriginals and municipalities, the group is large and diverse, and will have to figure out how to allocate the remaining emissions space under the cap — which could mean picking oilsands winners and losers in a carbon-constrained world.

Whether it will get anything done is already in doubt.

“They put in their favourite oil and gas people, favourite environmental groups, and favourite First Nations, which in theory is a good thing, but how functional it’s going to be remains to be seen,” said one senior industry source.

“I wouldn’t be betting the farm that this is going to be a big success,” the source said, noting the absence of the Canadian Association of Petroleum Producers, the industry’s main lobby organization and the inclusion of environmentalists who want no oilsands growth at all.

The group’s co-chairs are Dave Collyer, the former president and CEO of CAPP, who is now a business consultant; Melody Lepine, a member of Alberta’s Mikisew Cree First Nation, who is its director of government and industry relations; and Tzeporah Berman, the former co-director of Greenpeace International’s global climate and energy program and Co-founder of ForestEthics, who now works as an adjunct professor at Toronto’s York University.

Alberta’s Wildrose opposition party said it has serious concerns about Berman, who has compared the oilsands to R. R. Tolkien’s “Mordor,” called it toxic and campaigned against pipelines.

“To see that this NDP government have appointed an individual from Ontario who openly opposes Keystone XL, Northern Gateway, Kinder Morgan and Energy East is deeply disappointing,” Wildrose energy critic Leela Aheer said in a statement.

But Collyer said the group’s diversity will help “de-escalate conflict and contribute to the ongoing success of this important industry.”

Under the NDP’s climate change plan, emissions from the oilsands sector will be capped at 100 megatonnes a year, up from about 70 megatonnes today, leaving room for 30 megatonnes of growth, or an estimated one million barrels a day of incremental production unless technology to reduce emissions improves, allowing for more.

The move is part of a pattern by Rachel Notley’s government to appoint advisory groups to figure out how to push through sweeping, economy-altering priorities with the widest support.

“The simple fact is Alberta can’t let its emissions grow without limit, but we can grow our economy and our market by showing leadership, including reducing our carbon output per barrel,” Alberta Energy Minister Marg McCuaig-Boyd said in a statement.

Also on the panel are representatives of the Pembina Institute, Environmental Defense, STAND (formerly ForestEthics), Canadian Parks and Wilderness Society.

Members of the Woodland Cree First Nation and Metis Local 1935 will speak for aboriginals, and the Municipal District of Peace and the Regional Municipality of Wood Buffalo will represent municipalities.

The group is expected to start delivering advice in the next six months on how to implement the emissions limit.

In the subsequent 18 months it will provide recommendations on ways to reduce emissions in the oilsands, and develop processes to address environmental issues such as air quality, land disturbance, water use, biodiversity and cumulative effects.

The oilsands cap is part of a climate change plan that includes a $3 billion a year carbon tax, phasing out coal plants to produce electricity and reducing methane emissions from oil and gas operations. It was a compromise proposed to the government by a group of oilsands and environmental leaders after a year of talks to reduce opposition to proposed pipelines.

But it’s also alienated oilsands operators who didn’t participate in the talks, while many green organizations are continuing to fight proposed pipelines, regardless of Alberta’s climate change efforts.

“There is no acceptable climate scenario where Alberta would be allowed to grow the tarsands and build new pipelines like Kinder Morgan or Energy East,” senior campaigner Adam Scott said in a statement.

To top it off, the panel will have to come up with advice on how Alberta should respond to the federal climate change plan, whenever that is announced, which “may affect oilsands after 2030.”

How’s that for keeping the oilsands industry on edge.