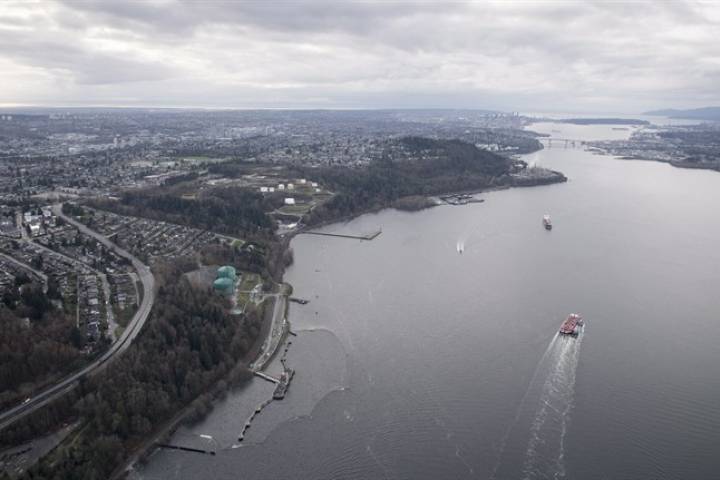 Natural Resources Minister Jim Carr thinks the controversial Kinder Morgan Trans Mountain pipeline, and potentially others, will be built within his government’s mandate.

“I do, I do,” Carr said in an interview with Global News.

“I’m optimistic and I believe that Canadians over time will see that the decisions that we have made are responsible ones and in the best interest of the country as a whole.”

The federal Cabinet approved Trans Mountain two weeks ago, but the project’s opponents have been threatening to do whatever they can to stop it ever since.

The $6.8 billion Trans Mountain project will triple the capacity of a pipeline that already exists, moving oil from Edmonton to Burnaby, B.C.

Indigenous groups along the route, environmentalists and local politicians oppose the pipeline, concerned it will increase tanker traffic and carbon emissions. Many of them have threatened to hold up the pipeline in court.

“We know that there are some Canadians who don’t want any more oil to be taken out of the ground, they don’t want any pipeline to be built,” Carr said. “And we say some pipelines should be built, and some shouldn’t.”

“We’ve made these decisions in light of we think is the appropriate balance between the importance of job creation and environmental stewardship.”

Still, just because a pipeline is approved, doesn’t mean it will be built. Take Northern Gateway, which was approved by the last Federal cabinet under the Tories.

It ended up dying a slow death in the courts and was ultimately killed by the Trudeau government.

Though Carr thinks Trans Mountain will be built before the next election, he doesn’t see a role for the federal government in making sure it avoids Northern Gateway’s fate.

“That’s really what the company will do for its own reasons,” he said. “We’ve given them the approvals they need to proceed.”

Kinder Morgan is expected to meet 157 conditions in order to twin the pipeline.