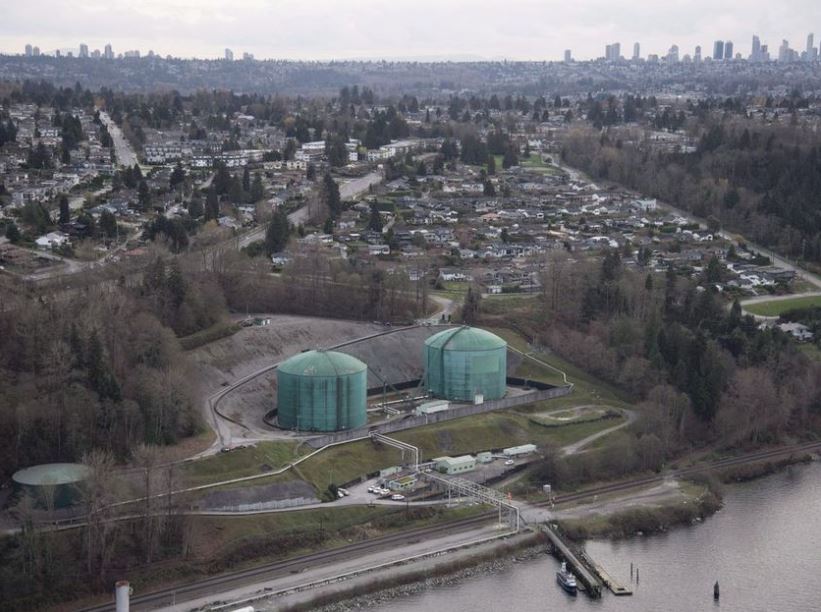 CALGARY — The National Energy Board has ruled in favour of Kinder Morgan Canada in its efforts to bypass Burnaby, B.C., bylaws that stand in the way of its Trans Mountain expansion project.

In an order issued Thursday, the NEB said the company is not required to comply with two sections of the city’s bylaws as it prepares to begin construction at the Trans Mountain Burnaby Terminal, Westridge Marine Terminal and at a nearby temporary infrastructure site.

The company had filed a motion on Oct. 26 to have the NEB overrule the bylaws on a constitutional basis, claiming the city was delaying a project the federal government had approved.

“We are pleased with the decision we have received from the NEB today, as it reinforces our view this federally approved project is in the national interest,” the company said in a statement.

Kinder Morgan Canada said it was still waiting to hear from the NEB on its second motion requesting the establishment of a generic process to deal with future permitting issues.

Alberta Premier Rachel Notley, who has been outspoken in her support for the project, welcomed the news.

“We are, of course, very pleased to see this decision,” she said. “It probably means that the NEB has accepted our argument that, of course, this is a project that is in the national interest and as a result we can’t have individual jurisdictions interfering with it.”

Burnaby had argued in two days of hearings in Calgary that the city was following its standard permitting process, and that the company was to blame for the slow pace because of shoddy applications.

The NEB said its decision allows the company to start work at its temporary infrastructure site near the Westridge Marine Terminal, and some work at the Burnaby Terminal, subject to any other permits or authorizations that may be required.

The board said it would release its reasons for the decision at a later date.

Kinder Morgan Canada has said the $7.4 billion pipeline expansion is already months behind and further delays could threaten the viability of the controversial project.

On Monday, the company said it was further pushing back major construction on the project because of uncertainty over permitting, and that if delays continue it could threaten the viability of the project.

The company said that it expects to lose about $75 million in earnings before certain deductions for every month the in-service date is pushed back.

– With a file from Dean Bennett in Edmonton.

Source: The Calgary Herald; Canadian Press with a file from Dean Bennett