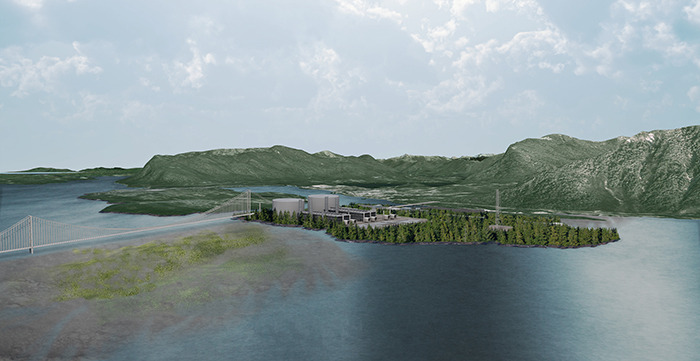 The National Energy Board (NEB) has approved a 40-year natural gas export licence for the Pacific NorthWest LNG project, up from the previous licence granted of 25 years.

In a letter dated Oct. 13 to Pacific NorthWest LNG's head of finance Afendy Ali, the NEB explains its approval of the new licence, which takes effect starting the first day of export. Previously the NEB approved the 25-year application in December 2013.

On Feb. 16, 2016, Pacific NorthWest LNG (PNW LNG) applied for the amendment to add 15 years to the original export licence.

The NEB determined that the amount of natural gas to be exported in the new time frame doesn't exceed the surplus remaining for use in Canada, a concern that is addressed by the NEB under section 118 of the NEB Act.

An Implications and Surplus Assessment Report to the NEB by PNW LNG's Roland Priddle is referenced in the decision. In it, Priddle states that gas resource assessments are growing in Canada, thanks in part to new techniques to extract resources from the ground like horizontal drilling, increased drilling rig productivity and industry competition. Priddle states that the resource base in Canada is large enough to account for any potential increase in natural gas demand, even with competing LNG facilities. As well, Priddle stated that U.S. domestic natural gas consumption is decreasing its reliance on Canada's resource base.

He concluded that “there is no evidence that Canadian gas markets would not continue to perform efficiently into the mid-2060s and beyond.”

The NEB noted it was satisfied that the natural gas resource base is large enough to accomodate foreseeable Canadian demand. Also, the NEB has taken into account the numerous other LNG export licences that have been granted, not all of which they expect to be utilized.

“In aggregate, the LNG export licence applications submitted to the board to date represent a significant volume of LNG exports from Canada. However, all of these LNG ventures are competing for a limited global market and face numerous development and construction challenges,” wrote the NEB. “Consistent with the evidence submitted in Pacific NorthWest's application, the board believes that not all LNG export licences issued by the board will be used or used to the full allowance.”

The export licence allows for a maximum annual export quantity of 34.62 billion cubic metres of natural gas, including a 15 per cent annual tolerance and the point of export is the outlet of the loading arm of the proposed LNG terminal on Lelu Island.

It's not the first time that a project has been granted a licence extension. In July, ExxonMobil's WCC LNG received a 15-year extension (40 years total) to their NEB export licence, and in January, the NEB approved its first 40-year export licence to Kitimat's Shell-led LNG Canada project in Kitimat.

No project has received a final investment decision from its proponents and only Pacific NorthWest LNG has received conditional provincial and Government of Canada approval.