Milke: The energy industry compromised, but green activists have not 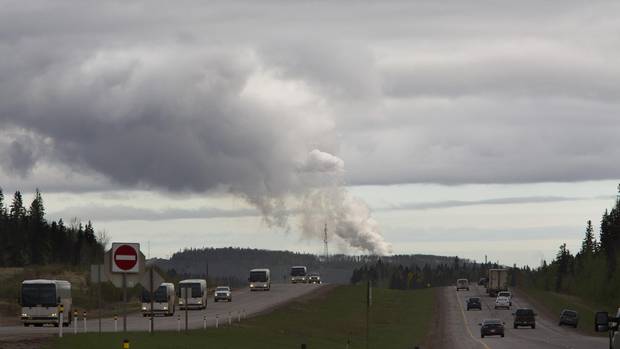 Every so often, two seemingly unrelated events occur near to each other and illustrate the nub of a problem.

Now, ponder TransCanada Corp. president and chief executive Russ Girling, who mused out loud last week about the association between efforts to gain “social licence” and approval for major resource projects. The link, he said, was “not evident at the current time.”

Mr. Girling is correct, but he and other executives in major Canadian industries might be waiting a long time for a demonstrable link. That’s because it’s a mistake to assume reasonable efforts will mean something to activists who disdain real-world choices. Such activists seem to demonstrate the opposite: They prefer generalities to rational cost-benefit analyses.

Recall that Alberta was the first province to regulate greenhouse gas emissions in 2003 and instituted the first carbon tax in 2007. Quebec was next later that year, and British Columbia implemented its version in 2008.

Such efforts did little to ward off the anti-energy crowd. Consider some past positions from a select few appointed to the newly created Alberta emissions panel: The Pembina Institute opposed Shell’s Jackpine oil sands expansion, Kinder Morgan’s plan to twin in its Trans Mountain pipeline; it also expressed disappointment when the federal joint review panel recommended approval of the Northern Gateway pipeline project in 2013. Pembina also urged U.S. President Barack Obama to kill Keystone XL, which he did.

Or consider Ms. Berman. Last July, after the activist tweeted about the risk of transporting crude oil by rail, I asked whether her position against transporting oil by rail meant she was now reconciled to the safer pipeline alternatives, specifically Keystone XL, Energy East and others.

Her response: The answer is to produce and use less oil, not to use pipelines or rail. Renewables, efficiency, public transit.

This was a dodge – the environmental equivalent of preferring motherhood and apple pie. It avoids facing practical necessities and current realities.

It is marvellous to advocate that entrepreneurs keep inventing greener technology – they will.

If some technological innovation replaces much of the demand for oil or gas, so be it, even if that means some local economies decline while others flourish. That’s what consequential inventions do – they reshape the economic landscape.

But in the meantime, there is no renewable product available to replace the95.3 million barrels of oil the world uses each day. There is no amount of wind power that can replace the internal combustion engine. There is no way for solar power to replace the natural gas and oil used in the production of plastics for medical uses.

Such realities require choices – say, between transporting oil by pipeline or rail.

But regardless of our actual energy needs or industry’s unrequited acceptance of social licence, the opposition continues apace. Canadian-based activists and Hollywood actors such as Robert Redford and Leonardo DiCaprio seem as firmly opposed as ever to oil sands development and pipelines.

Not only is there no apparent link between social licence and project approvals, Canadians face an even more basic problem from anti-energy activists: their refusal to acknowledge our energy realities.