How the B.C. tanker moratorium is killing First Nations’ enterprise 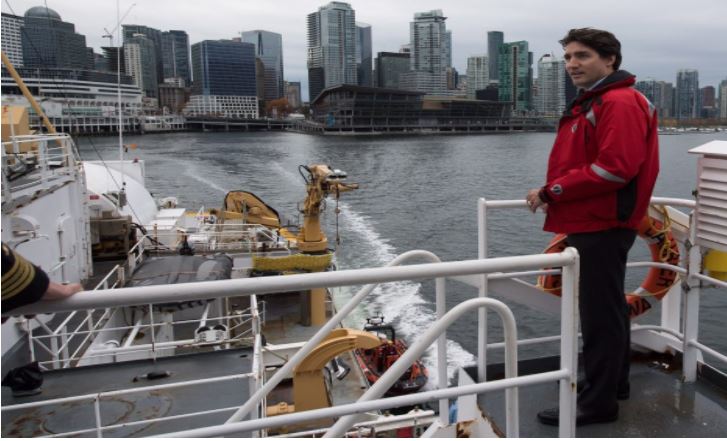 Robert Hage: It's paradoxical that the major impediment to the corridor’s development comes from the government that's made reconciliation a top priority

Five years ago, as debate swelled across southern and central British Columbia about pipeline proposals to transport Alberta’s oil sands crude to B.C. ports, members of the coastal Lax Kw’Alaams First Nation had an idea: develop an “energy corridor” across First Nations’ traditional lands from Fort McMurray to the B.C. coast. Instead of endless arguments this corridor would provide a “social licence,” not only for oil pipelines but potentially for liquefied natural gas, hydroelectric power and even fibre optic cable.

This would be a win-win situation. The First Nations would be part of any government/industry decision-making process with the prospect of obtaining ongoing employment, revenue and assurance their environmental conditions would be met. In return, energy companies would get a “pre-approved” First Nations corridor through which pipelines and other infrastructure could run. Government and industry would have the certainty missing from other projects, the now defunct Enbridge Northern Gateway and the now approved Kinder Morgan pipeline, still opposed by some First Nations and environmentalists.

Consultations followed among the nine native bands along the corridor and, with time, won broad acceptance. They created a governing body, the Chiefs’ Council, and a company, Eagle Spirit Energy, as its operational arm. B.C.’s Aquilini Investment Group provided the seed money.

The Chiefs’ Council did not have far to look for inspiration. Alaska’s petroleum development has, from the beginning, been a partnership among government, industry, community and indigenous peoples. As part of the process, the United States government created 12 regional profit-making native corporations. These were designed to give its indigenous peoples the means to ensure their financial independence through their corporate ownership of large tracts of land and the opportunity to develop that land.

The Arctic Slope Regional Corporation represents 11,000 Alaskan Inupiat; it is now the largest Alaskan-owned company with 10,000 employees. The Chugach Alaska Corporation, with 5,000 miles of coastline along the Gulf of Alaska, represents Aleut, Inuit, and Native American stakeholders. Through its companies, Chugach designed, built, and operates the Trans-Alaska Pipeline. Its spill response and maintenance operations have made it one of the world’s largest spill preparedness and response organizations.

The proposed B.C.-Alberta energy corridor mirrors this approach. It is built on the premise that First Nations must be engaged in a meaningful way from the start in development, design, construction and operation with a strong focus on environmental protection, exceeding Canadian regulations. Moreover, the council sees the social and economic opportunities offered to First Nations by the energy corridor as directly addressing Canada’s “agenda for reconciliation.”

It is paradoxical that the major impediment to the corridor’s ongoing development comes from the very federal government which has made reconciliation one of its top priorities. On May 12, 2017, the government introduced Bill C-48, the Oil Tanker Moratorium Act, which is still before Parliament. The proposed moratorium will apply to all large crude oil shipments by tanker from ports along the B.C. coast and inland areas north of Vancouver Island (what the government refers to as the “Great Bear Rainforest” and “Great Bear Sea”) as well as Haida Guaii. The rainforest includes the coastal and inland territory of the Lax Kw’Alaams, in fact, the very location where they envisaged a tanker terminal. The act’s stated objective is to “provide extra protection for B.C.’s pristine northern coastline.”

The moratorium has been in the works for a decade. In 2010, Liberal MP Joyce Murray, now parliamentary secretary to the president of the Treasury Board, introduced a private member’s bill to legislate a tanker ban on the West Coast. Her bill was one of five introduced by the Liberals or NDP between 2007 and 2011. Their stated objective was to stop the development of Enbridge’s Northern Gateway oil pipeline and Kitimat terminal. These bills all failed once the Conservatives gained a minority government in 2006. Shortly after coming to power in 2015, Prime Minister Trudeau gave Transport Minister Marc Garneau a “top priority” mandate to formalize such a moratorium.

The previous bills proposed banning tankers sailing within the defined waters of what is known as Canada’s “Fishing Zone 3,” stretching from the northern tip of Vancouver Island to the Alaska Panhandle. Bill C-48, on the other hand, prohibits tankers carrying crude oil from entering or leaving ports in the same area. In focusing on the use of Canadian ports, the government has avoided a possible confrontation with the United States, which has protested Canada’s claim that Fishing Zone 3 constitutes Canadian internal waters. The rather odd result under the new bill is that tankers carrying crude can still ply these waters as long as they do not enter or leave from a Canadian port. The legislation does not apply to tankers transporting refined oil.

This, in turn, raises the question why such legislation is required at all. It does not apply to B.C.’s southern waters including the Strait of Juan de Fuca used by Alaskan crude oil tankers headed for Puget Sound or to the Port of Vancouver/Burnaby, the site of the Kinder-Morgan tanker terminal now approved by the federal government. Enbridge’s Northern Gateway project was cancelled by the government this year. In sum, the only pipeline and terminal project the Moratorium Act would affect is the First Nations’ Eagle Spirit Energy Corridor.

On December 9, 2015, Helen Johnson, chair of the Chiefs’ Council, wrote to Trudeau to request an urgent meeting to discuss the proposed moratorium legislation. She stated the government’s “unilateral tanker moratorium…did not involve consultation with First Nations who have been stewards of the lands and waters since time immemorial and who have a right to access economic opportunities on our lands.” No meeting took place. Almost a year later the Lax Kw’ Alaams Hereditary Chiefs asked the Prime Minister’s Office for consultations before implementing a moratorium. They underlined the importance of environmental protection while meeting their social and economic needs in an area with 90 per cent unemployment. Again, no meeting.

When the Liberals subsequently introduced the legislation in May, the same chiefs issued a declaration on September 28, 2017. It said that the moratorium encompassing the Great Bear Rainforest, which includes their traditional tribal lands, was “done without any prior consultation or consent” as required under Canada’s constitution and upheld by the Supreme Court of Canada. As a result, “the Oil Tanker Moratorium Act… has no application or effect in our traditional territories.” They concluded “such initiatives run counter to Prime Minister Trudeau’s supposed reconciliation commitment to a new relationship with Indigenous Peoples one based on the recognition of rights, respect, co-operation and partnership.”

It’s time to put a moratorium on the Moratorium Act.