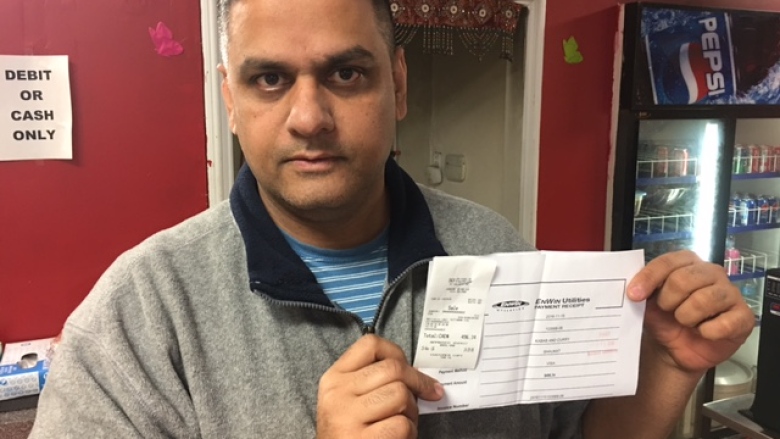 Shaukat Khan is ready to shut his restaurant doors because hydro costs are just too high.

In less than a year, his bills have doubled at Kabab N Curry, located in Windsor's downtown.

His Indian restaurant has only been open for two years and all of his money goes towards paying hydro.

Khan only turns the lights on when he has customers. He doesn't have a high-powered dishwasher, only a couple refrigerators, and all of his lights are LED.

Even still, he is paying nearly $500 every month, which is more than his profits.

"You don't have anything in the bank, so you have to pay with the credit card," he said.

Khan said he has tried to get help from EnWin, but he has not received any help.

"I don't know where to go or what to do. I have no idea," he said. "I opened this business to serve the community — Windsor people — but I don't think my dream will come true."