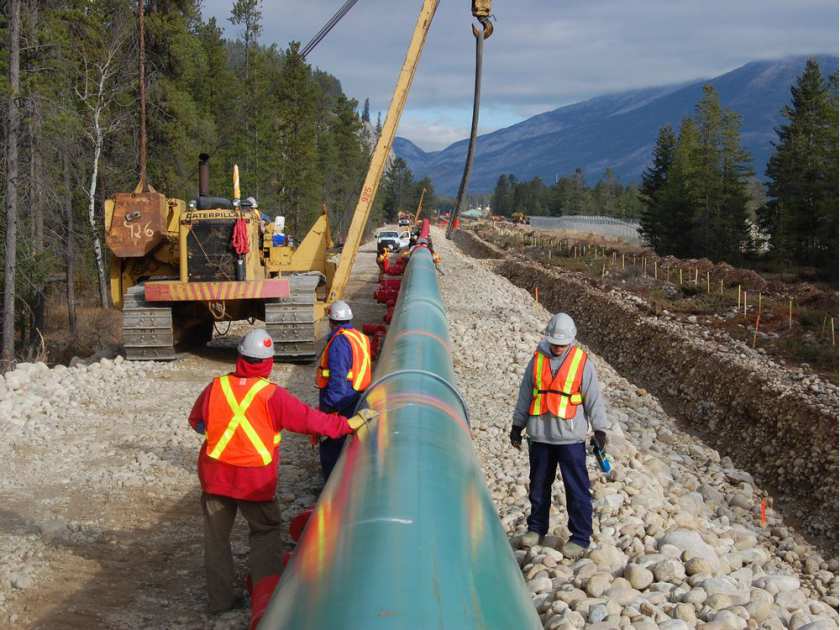 Forty B.C. aboriginal groups have quietly submitted supportive letters as Kinder Morgan and Enbridge tried to overcome controversy while seeking approval for their oilsands pipelines, according to a Postmedia analysis.

The letters appear to challenge the recent claim by a coalition of North American native leaders saying there is “unprecedented unity” against the megaproject proposals.

Financial statements indicate that a total of more than $9.3 million has already been distributed to some of these supporters in the past two years. That is a fraction of the expected payoff if one or both of the proposals get federal approval.

Formerly known as the Kamloops Indian Band, it recently received $3 million from Kinder Morgan in a deal that was negotiated largely by Seymour’s predecessor, Shane Gottfriedson, who last year became the Assembly of First Nations’ regional chief for B.C.

However, aboriginal opposition is strong in B.C., especially among northern nations along the coast who are contesting the Northern Gateway proposal to build an oil pipeline from Alberta to Kitimat.

North Vancouver’s Tsleil-Waututh Nation is among a significant group of aboriginal and environmental groups challenging Kinder Morgan in court. Enbridge faces stiff opposition from such significant coastal opponents as the Haida and Haisla nations.

In 2012, a northern B.C. group called the Yinka Dene Alliance collected the signatures of 130 First Nations opposed to the Enbridge project and “other dangerous tar sands projects.”

Last month, a coalition of North American First Nation leaders, including Stewart Philip of the Union of B.C. Indian Chiefs, said there is “unprecedented unity” against the Kinder Morgan TransMountain and Enbridge Northern Gateway.

Kinder Morgan and Enbridge say they can’t release details of the support they have received because of confidentiality agreements, but filings with the National Energy Board show that First Nation opposition to pipelines is far from unanimous.

Kinder Morgan, hoping for federal approval in December to proceed with a $6.8-billion expansion of its oil pipeline from Alberta to Burnaby, has collected letters of support from 26 B.C. aboriginal groups based on or near the route, or on Vancouver Island near the path of increased tanker traffic.

They include 23 federal government-recognized First Nations, one nation that doesn’t have status, and two rival B.C. Métis groups. Of the six First Nations with reserves directly on the pipeline route, four have endorsed the project.

The vast majority of the funds showing up in financial statements comes from Kinder Morgan. Two other beneficiaries are the Shxw’ow’hamel First Nation in Hope, which received $2.9 million over the past two years, and the Simpcw nation in Barriere, which got just over $1.1 million.

Four others — the Peters and Yale First Nations in Hope, the Esquimalt nation in Victoria, and Surrey-based Métis Nation B.C. — reported a total of close to $1.7 million in revenues over the two-year period from Kinder Morgan.

Enbridge, which faces long odds in its bid to build its $7.9-billion project, has refused to identify specific supporters beyond the four “equity partner stewards” who openly endorse it.

They are Elmer Derrick, a hereditary chief with B.C.’s Gitxsan Nation, which is divided on the project; Métis Nation B.C. President Bruce Dumont; David MacPhee, president of the Aseniwuche Winewak Nation of Grande Cache, Alta., a nation of non-status Indians of Cree-Iroquois origin; and Elmer Ghostkeeper of Alberta’s Buffalo Lake Métis Settlement.

“We know that large-scale resource projects are divisive — both between different indigenous communities and even within those communities,” Enbridge spokesman Ivan Giesbrecht told Postmedia.

“And we know that in some instances, negative pressure — from both outside and within these communities — is put on individuals to influence their decisions.”

Beyond that, the company says it has 13 equity partners from 27 B.C. communities of First Nations and Métis that, because of their proximity to the line, had been deemed eligible for participation.

They would likely get a large chunk of the $2 billion in benefits Enbridge has promised aboriginal peoples in B.C. and Alberta over 30 years if its project goes ahead.

But there are also 14 aboriginal groups that wrote supportive letters to the National Energy Board earlier this year. The 14, while not explicitly backing the project, were endorsing Enbridge’s request to extend its deadline to start construction beyond the end of this year.

The tone of the letters was in stark contrast to those from many First Nations vehemently opposed to the project.

“Over the past several years, Northern Gateway has been working with our First Nations and Métis communities to better understand our concerns and our priorities,” stated one letter. “The additional time will provide opportunities for continued collaboration with our communities to ensure our traditional lands, waters and ways of life are protected.”

(Enbridge’s request to the NEB was put on hold as the company awaits Ottawa’s reaction to a court decision that quashed the former Conservative government’s 2014 permits on the grounds that Ottawa didn’t properly consult First Nations.)

That list of 14 — Enbridge won’t say which are equity partners — includes letters signed by the chiefs of just seven of the province’s 198 federal government-recognized B.C. First Nations. They are the Kitselas First Nation in Terrace, the Yekooche near Fort St. James, the Lheidli T’enneh in Prince George, the Nee-Tahi-Buhn in Smithers, the West Moberly nation near Chetwynd, and the Skin Tyee and neighbouring Cheslatta Carrier nations south of Burns Lake.

Kitselas Chief Joe Bevan said the community in Terrace is open to striking a deal to buy an equity stake in the project, but hasn’t yet made a final decision.

“We have a history of supporting industrial development,” he noted in an interview, citing Kitselas support for the Pacific NorthWest LNG project.

The remaining seven “communities” include two rival Métis organizations that say they represent members living near the route: the B.C. Métis Federation of Vancouver and the Métis Nation of B.C.

Three other supporters are also rival groups that say they represent the same aboriginal people in the same tiny community of just over 100 people near the B.C.-Alberta border 80 kilometres south of Dawson Creek. None of the three — the Kelly Lake Cree Nation, the Kelly Lake Métis Settlement Society, and the Kelly Lake First Nation — is recognized by Ottawa as registered governments.

A sixth supportive letter came from the “Hereditary Chiefs of North Haida Gwaii LLP.” Three of the signatories have been stripped of their hereditary titles for backing the project.

The seventh is Clifford Sampare, a hereditary chief of the Gitxsan nation, which remains bitterly divided on the project.

Enbridge says it has spent $28 million in B.C. and Alberta over the past two years to assist all First Nations, supportive or opposed, in conducting studies, attending meetings, investing in skills training, and otherwise engaging in the process.

Kinder Morgan said it has spent $13 million since 2012 helping aboriginal communities participate in the review process by attending meetings and conducting studies.

But Enbridge only shows up in the financial statements of three — $541,904 spread among the Skin Tyee and Nee-Tahi-buhn nations and the Métis Nation B.C.

(Many bands along the pipeline routes, however, list substantial revenue under the category of “other.” Postmedia tried to contact the chiefs of several of those communities, but was unsuccessful.)

Phillip, of the B.C. Union of Indian Chiefs, questioned the credibility of some supporters.

“Any small group that organizes itself and attaches an aboriginal description to the name of their group, and sends a letter to Enbridge or Kinder Morgan, the companies leap on that and add them to the list.”

Peter O'Neil is the Ottawa correspondent for the Vancouver Sun.