For Trudeau, Alberta's oil emissions deserve scrutiny and restriction, but not Bombardier's 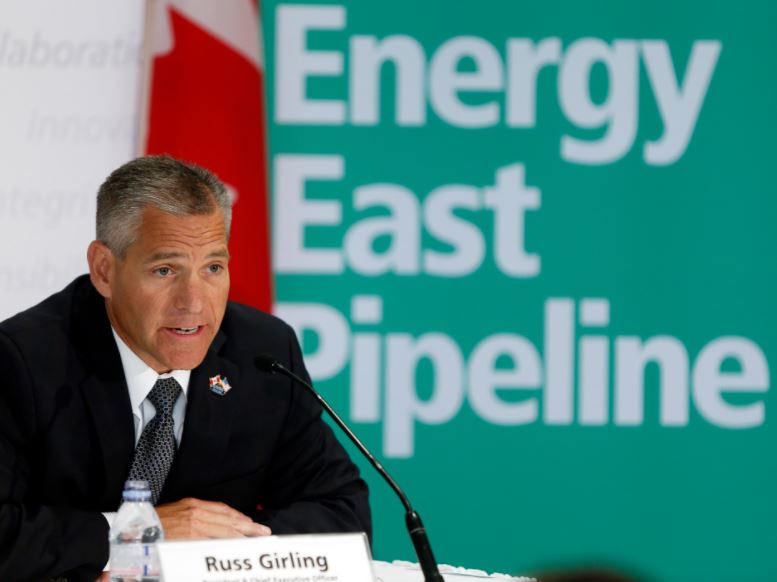 Colin Craig: Apparently Ottawa isn’t worried about emissions from things that have a Ford logo on them.

The Canadian Taxpayers Federation recently asked the Trudeau government for “upstream and downstream” emissions analyses it had conducted before handing over large cheques to Bombardier and Ford.

The government’s response to our inquiry was as nonsensical as the decision to fund those two companies in the first place.

Recall that TransCanada had an application before the National Energy Board earlier this year that sought to expand one of its existing pipelines. The Energy East pipeline project would have transported oil from Western Canada to Eastern Canada, reducing Eastern Canada’s reliance on foreign oil while allowing Canadian companies to sell oil around the world.

TransCanada’s pipeline project would have created 14,000 jobs and, best of all, it would have paid $10 billion in taxes to the government — money that could have been used to pay for government services across Canada, easing the tax burden on everyday Canadians at the same time.

Importantly, TransCanada wasn’t asking for a cent from the federal government.

Of course we all know what happened. After TransCanada had already spent a fortune in time and money to participate in the Trudeau government’s pipeline approval process, the government changed the rules of the game.

Suddenly the Trudeau government wanted the National Energy Board to also look at TransCanada’s “upstream and downstream” emissions. Not surprisingly, TransCanada then pulled the plug on the project. Erratic government approval processes and multi-billion dollar projects don’t exactly go hand in hand.

We then decided to ask the federal government for the “upstream and downstream” analyses it conducted before handing over large cheques to Bombardier and Ford — two companies that manufacture vehicles that burn oil and gas products.

Back in February of this year, the Trudeau government proudly cut a cheque to Bombardier for $373 million. The Quebec-based company would use the funds to build jet-fuel-burning airplanes.

In March, Prime Minister Justin Trudeau flew down to Windsor, Ont. and proudly announced the federal government would give Ford $102 million. Ford of course builds cars and trucks that burn oil and gas products.

The federal government responded to our inquiry by telling us that it didn’t do any emissions analysis before handing over $102 million to Ford. Apparently Ottawa isn’t worried about emissions that come from things that have a Ford logo on them.

The federal government also told us the emissions analysis it conducted related to Bombardier is confidential as it was part of materials that went to cabinet. Isn’t it interesting that while TransCanada would have to go through a lengthy public review, Bombardier was provided with cabinet confidentiality? That being said, we’re doubtful there’s anything of substance in the materials that went to cabinet.

The bottom line is that Ottawa’s approach is completely backwards. Trudeau can’t seem to cut cheques fast enough for companies like Bombardier that routinely ask for money to build vehicles that burn oil and gas products. But at the same time, his government puts roadblocks in front of TransCanada and other companies developing resources, who don’t ask for taxpayer money but have paid billions in taxes.

Last year, there were a reported 35 resource development projects in Canada with a combined value of $129 billion that had either been stalled or cancelled. The more Ottawa and other governments obstruct and delay these projects, the more they will miss out on billions in tax revenues from these projects and the people they employ.

And if governments miss out on such revenues, the money will instead come from everyday Canadians.