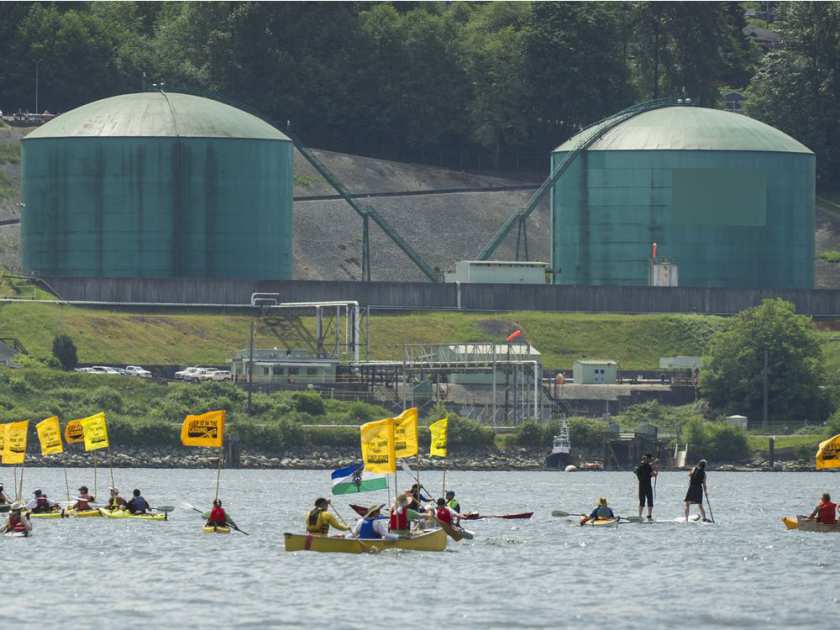 Prime Minister Justin Trudeau’s government has adopted a definition of “social licence” for energy megaprojects that is different from what was promised in the party’s 2015 election platform.

A year ago, the campaigning Liberals implied that local communities have a veto over such projects, in addition to maintaining that the public needs to trust the regulators that review them.

“While governments grant permits for resource development, only communities can grant permission,” the platform stated.

The government’s statement, from a document tabled in the House of Commons this week, makes no mention of communities needing to provide permission.

This new definition of “social licence” has emerged as the Liberals head into the one-year anniversary of their election. The statement repeatedly stresses the government’s efforts to garner public confidence that the review process is “fair and robust.”

It notes, for instance, the government’s June pledge to have a “comprehensive review” of its system for assessing project proposals.

Stewart called it a flip-flop.

“The Liberal platform suggested local communities will have some ability to influence the decision-making process, or even have a veto, when they say ‘only communities can grant permission,’ ” the MP for Burnaby South said Tuesday.

“But this idea of community control is abandoned in this definition offered by the ministry.”

Natural Resources Canada responded to the criticism by saying that it is “striving to act in the best interest of Canadians” as it tries to restore public trust in federal regulators.

“The goal is to provide regulatory certainty not only to project proponents, so they know the basis on which decisions will be made, but also to the public, so they know that the environment will be protected and that economic growth will be based on proper oversight, protections and safeguards.”

The Trudeau government launched the three-person panel in June to augment the more comprehensive National Energy Board assessment of Kinder Morgan’s proposal to triple the pipeline system’s capacity to just under 900,000 barrels a day to its Burnaby terminal.

The NEB’s report to the federal cabinet recommended that the project proceed subject to 157 conditions.

Trudeau had harshly criticized the NEB’s handling of Kinder Morgan’s application, leading many Canadians to assume the company would have to reapply under a new system if the government changed.

But after the election the Liberals said no company that had already entered the review process would have to go back to square one, and instead appointed the panel to ensure there was broad public input in the final government decision on the Kinder Morgan expansion.

That decision is due no later than Dec. 19.

Stewart said the new consultation process, which must report its findings to the public by Nov. 1, was simply an excuse for the government to extend its decision-day deadline from August to December.

“British Columbians were tricked into thinking this was genuine consultation.”

Each of the three panel members — former Tsawwassen First Nation chief Kim Baird, former Yukon premier Tony Penikett, and University of Winnipeg president Annette Trimbee — are being paid $300 a day to a maximum of $25,000, according to the letter.

The panel, in addition to holding hearings in B.C. and Alberta, is soliciting public input online.

By Sept. 7 it had received more than 19,000 responses to a questionnaire on its website.

The letter noted that the panel is only reporting on public input and is not making any recommendations.

Peter O'Neil is the Ottawa correspondent for The Vancouver Sun.