Energy East agreement to be signed between TransCanada, labour groups 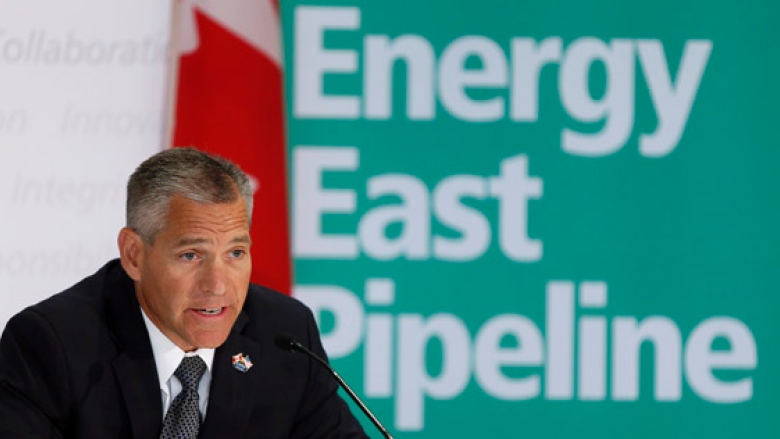 TransCanada says it has reached an agreement with four major labour unions and a national association that represents pipeline contractors and construction workers relating to the company's proposed Energy East pipeline project.

Details of the agreement, which the company said would mean "employment for thousands of Canadian workers," are to be announced at an event in Ottawa Thursday.

TransCanada CEO Russ Girling plans to sign a "significant memorandum of understanding" in Ottawa with representatives from:

The $15.7-billion Energy East pipeline would carry up to 1.1 million barrels a day of western crude as far east as Saint John to serve domestic refineries and international customers.

The project would make use of an existing TransCanada pipeline as far east as Montreal and require the construction of 1,600 kilometres of new pipeline, including a long section that would run through Quebec to the south coast of New Brunswick.

As part of its review of Energy East, the National Energy Board plans to hold public hearings to hear from people in communities directly along the proposed route.

The first public session is set to be held in Saint John on Aug. 8.