How Green Energy Hurts the Poor 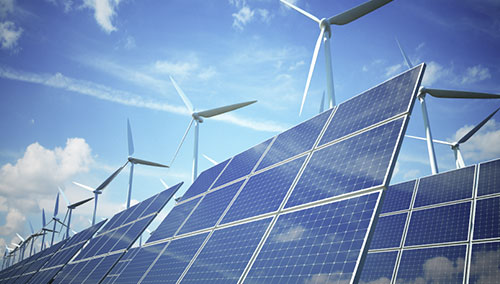 The clean energy mantra is so loud that it often drowns out the feeble cry of energy poverty. Many Americans are finding it more and more difficult to pay their utility bills, yet this important issue is nearly absent from the debate about America’s energy future.

Modern progressives, who have long fancied themselves as champions of the poor, now see energy policy only through the lens of climate change. Their call to reduce greenhouse gas emissions, at any cost, drives public policy. Consequently, the sources of our most reliable and affordable electricity, existing coal power plants, are being shut down across the country as overzealous federal and state regulatory mandates force utilities to use less reliable, and more expensive sources such as wind and solar power.

For those on fixed incomes, increasing energy prices mean that the gap between what they can afford to pay and what they are paying for electricity is widening. If we continue to push aside cheap coal-generated electricity for more expensive alternatives, many more of the nation’s poor will fall into that gap as they struggle to keep their lights on and their refrigerators running.

To be considered affordable, utility bills should be no more than 6 percent of one’s income. But according to new research, energy costs now represent 20 percent or more of income for many of the poorest Americans. That affordability gap of 14 percentage points translates into an extra $40 billion per year.

Only about 1 in 5 families eligible for the federal government’s Low Income Home Energy Assistance Program actually received funding last year. While climate change evangelists might suggest the answer to this affordability crisis is more funding for energy assistance programs, that’s only a Band-Aid solution that ignores the critical issue of why energy costs are rising.

While low-cost natural gas—thanks to the shale revolution—has moderated rises in energy prices, we cannot assume that natural gas will stay cheap forever. Today, natural gas is the largest source for generating the nation’s electricity. It also heats half of American homes and is being exported in ever-growing volumes.

In the past, when natural gas prices spiked (which they have a history of doing), utilities could turn to abundant, reliable and low-cost coal power to hold down energy costs. But many of those coal plants, once the backbone of our electricity sector, are now gone or are threatened with regulation-induced death. While coal is still used to generate a third of the nation’s electricity, an ever-lengthening list of EPA regulations continues to push critically important coal plants into early retirement.

But renewable energy can’t fill that void any time soon. Despite receiving tens of billions of dollars in subsidies, wind and solar still generate less than 6 percent of the nation’s electricity and remain undependable sources of electricity generation.

Improving the environmental performance of our energy sector is a worthy goal. But doing so by regulatory fiat, while trading reliable and low-cost energy for more expensive and less reliable alternatives, is not the right path forward.

Purposefully driving up the cost of energy, while millions of Americans already struggle to pay their utility bills, is irresponsible. We cannot cut the world’s carbon emissions alone, but we can certainly make U.S. energy poverty a full-blown crisis if we continue on our current course.

Innovation and competition, not heavy-handed regulation, are the keys to keeping the cost of energy from breaking household budgets. Maintaining, or even lowering, energy costs must be as important a consideration in U.S. energy policy as any efforts to reduce greenhouse gas emissions.