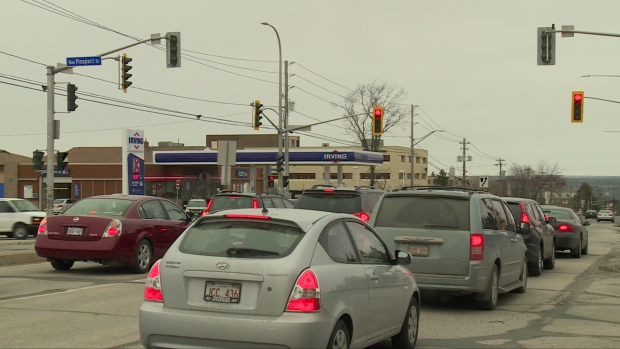 A carbon tax would add to the energy poverty many in Atlantic Canada are already facing, says the Fraser Institute.

Earlier this year, the conservative think-tank released a paper that shows almost 21 per cent of Atlantic Canadians in 2013 spent more than 10 per cent of their income heating and powering their homes, which classifies them as energy poor.

If you add gasoline into the calculation, the number climbs to almost 40 per cent.

And those higher costs would have a disproportionate effect on people in lower income brackets.

"They have to start making hard trade-offs between a necessity of life — heating your home, cooking your food, getting to work — and other things like paying more for tutoring your children, or bringing your kids to hockey training, or doing an upgrade to a house that will hire a contractor for some labour," said Green.

Green said it's difficult to say what the recent drop in the price of oil has meant to energy poverty. He said the Fraser Institute is planning on an update next year based on 2015 numbers.

Green also believes a carbon tax would do little to reduce emissions.

"In the near term, I see little opportunity to achieve large reductions in emissions," he said.

Green does not believe we have the technology to replace petroleum products, saying energy transitions typically take 40 to 60 years.

Wind and solar power are intermittent, and we don't yet have effective technologies to store them. The only other option he sees is an expansion of nuclear energy, and no one appears to be ready to go for that.

Instead of near-term emission reductions, Green said the focus should be on building climate change resilience into cities.