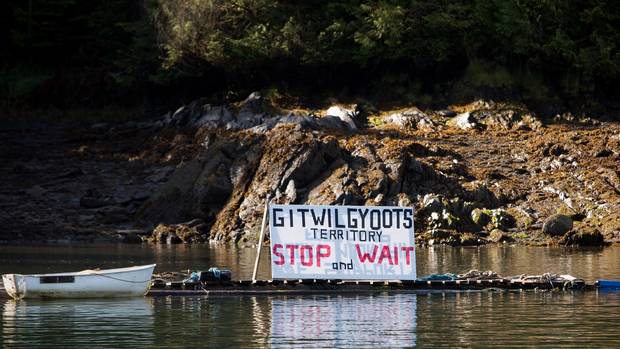 Canadian security experts are increasing their vigilance against activists’ threats to the country’s energy infrastructure, as civil-liberties advocates worry about the use of improper surveillance on peaceful opponents to major projects.

In what is billed as a training workshop, Carleton University’s Infrastructure Resilience Research Group is playing host to a closed-door conference on Monday and Tuesday for lawyers, police, regulators and industry representatives on “the challenges of dealing with natural resource development projects and activism.”

One of the organizers, professor emeritus Martin Rudner, said there are significant threats from “domestic extremists” to Canada’s energy infrastructure, including pipelines, generating stations and transmission lines. Prof. Rudner is active on several industry-government-academic networks that consult on protection of critical infrastructure, including the energy and utilities-sector network managed by Natural Resources Canada.

In an interview, he pointed to incidents such as the confrontation three years ago between First Nations demonstrators and RCMP in New Brunswick over proposed shale-gas drilling, and to the emergence of more militant elements in the indigenous and environmental communities.

“These are real challenges to critical infrastructure development and we want to deal with these challenges carefully and effectively,” he said.

Prof. Rudner said there is evidence in some cases that foreign governments – including Iran – have supported groups that oppose Canadian resource projects.

But critics argue police and intelligence agencies are armed with overly broad definitions of national security and critical infrastructure, which include projects that are in the planning and construction phase, in addition to assets that are operational and delivering energy across the country.

“A lot of these concerns are overblown,” Ottawa lawyer Paul Champ said. He is a board member of the British Columbia Civil Liberties Association that has alleged RCMP and the Canadian Security Intelligence Service (CSIS) engaged in illegal surveillance of Canadians protesting against Enbridge Inc.’s proposed Northern Gateway pipeline.

Mr. Champ said the RCMP and CSIS became more active in natural-resources development under the former Conservative government, which defined national-security threats to include actions that could affect the economic stability of the country, and then defined resource development as essential to the health of the Canadian economy.

The lawyer acknowledged there can be serious threats to existing critical infrastructure – both physical and cyber, from both domestic sources and foreign ones – and that they must be monitored and dealt with. But he said police and security agencies should not be involved in gathering intelligence against opponents of specific resource projects.

The RCMP have warned for the past several years about rising threats to critical infrastructure from domestic groups described as “extremists.” In a document written in 2011 and reported on by The Globe and Mail, RCMP analysts argue there is a “growing criminal phenomenon” associated with environmentalism that aims to interfere with regulatory reviews and force companies to forgo development.

The Liberal government is now reviewing the country’s security and surveillance laws to determine whether the right balance has been struck between necessary protection of critical infrastructure and the protesters’ rights of privacy and free speech.

Last month, activists in the United States broke through fences and cut locks to get to shutoff valves on five cross-border pipelines. After they tampered with the valves, the owners – Enbridge, TransCanada Corp., Spectra Energy Corp. and Kinder Morgan Inc. – shut their lines as a precaution.

First Nations leaders are also banding together in what they call the “Treaty Alliance Against Tar Sands Expansion,” in which some 80 signatories pledge to “collectively challenge and resist” the crossing of their traditional territories by new or expanded crude pipelines.

And several indigenous leaders have warned of direct action if the Liberal government approves Kinder Morgan’s proposed expansion of the Trans Mountain pipeline to Vancouver harbour. They point to the weeks-long demonstration by the Standing Rock Sioux and their supporters against the Dakota Access pipeline, which would carry Bakken crude to market.

Among the presenters at the conference will be Patrick Smyth, vice-president for safety and engineering at the Canadian Energy Pipeline Association.

“All of a sudden pipelines that used to be out of sight out of mind are now squarely in the public eye, whether for political reasons or other,” Mr. Smyth said in an interview. “Our companies have responded accordingly. They have to be more diligent in their security management programs. …

“It is a balancing act, that’s for sure. You can’t be breaking any laws as you gather intelligence. Our member companies have enough sources of intelligence that gives them ample information to understand whether there are existing or emerging threats,” Mr. Smyth said.