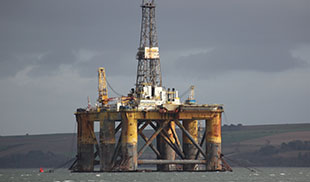 Nine months ago, when the NAS published the first comprehensive account of the fossil fuel divestment movement, we described the campaign as an effort to “make colleges and universities pressure cookers of sustainability” and to “pressure governments to favor wind, solar, and hydro power.” This month the Frontier Centre for Public Policy echoes NAS’s assessment of the campaign in a new report, “Blowing Hot Air on the Wrong Target.”

The divestment campaign demands that colleges, churches, and pension funds sell off investments in coal, oil, and gas companies on the grounds that such investments are “unconscionable” and contribute to global warming. We criticized the movement—which began on college campuses—for attempting to wield university endowments as tools for political ends. We also noted the movement’s alarming tendency to shut down dissent and abridge free speech.

Though the divestment movement’s roots are in American higher education, the campaign has international cache. The Frontier Centre, a Canada-based nonprofit, notes the growth of the divestment campaign in Canadian colleges and universities. The study’s authors, Pierre Desrochers and Hiroko Shimizu, find that Canadian divestment campaigns follow closely the trajectory of American campaigns, both taking marching orders from the campaign’s founder, Bill McKibben, and his organization 350.org.

Desrochers and Shimizu conclude that the divestment campaign is nakedly political. They argue that that divestment is “ineffective” at meeting its ostensible goal of cutting carbon emissions, most of which come through the use, rather than the production, of coal, oil, and gas. The campaign attempts to use endowments as an economic lever to pressure energy companies to cut production, yet ignores the fact that “universities are minor financial players.” The movement also minimizes the “social, economic, and environmental benefits of carbon fuels,” Desrochers and Shimizu note.

We echo Desrochers and Shimizu’s parting recommendations: that students “rediscover the value of intellectual freedom… and acknowledge that a true education is not about providing a safe space to support and reinforce one’s beliefs and feelings, but rather to challenge them.” The fossil fuel divestment campaign is premised on single-minded devotion to a political cause. It has no place in higher education.