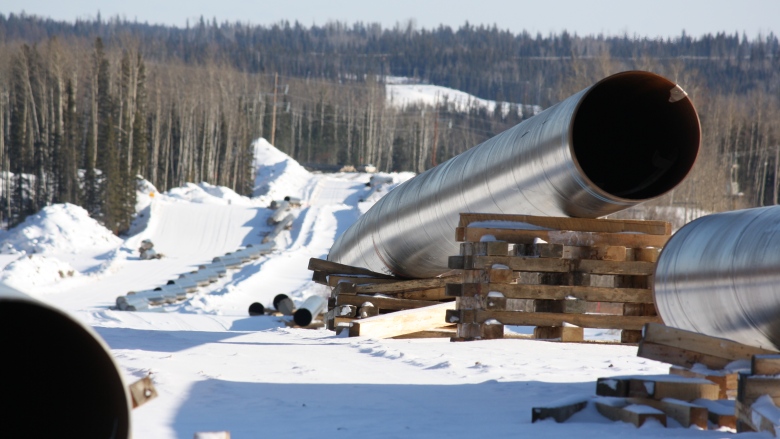 Even during a major downturn in the oil industry, the Fort McKay First Nation in northern Alberta continues to find work for all of its residents wanting a job. It recently opened a $6-million arena and $9-million youth centre. The average household income is $120,000.

That's life for a First Nation that has embraced the oil and gas industry and taken advantage of its proximity to the oilsands.

No wonder some other First Nations consider whether they, too, may one day reap the economic benefits of the energy industry. It's certainly a selling point for B.C. Deputy Premier Rich Coleman as he tries to advertise the merits of building natural gas pipelines through his province and construct liquefied natural gas export facilities on the West Coast.

"We as Canadians should be ashamed of ourselves relative to living conditions of the small first nations communities I've been in across the North," he said in an interview in Calgary this week.

"The jobless rate among their young people is staggeringly high compared to the rest of the Canadian economy."

For several years the B.C. government has championed the need for LNG projects to improve the welfare of all residents. In the face of opposition, Coleman suggests the First Nations have much to gain.

"Take that into account when you want to judge whether we should do something," he said.

"It's not just that we can take a resource to Asia, replace coal, and maybe clean up some of the GHG issues …. We can also create jobs and economic opportunity for the most disenfranchised people in our country. We should pay attention to that because this economic development could be very, very important for their long-term social outcomes."

The plight of First Nations spreads across the country. In Manitoba, 76 per cent of First Nations kids on reserves live in poverty, a level described as "obscene." The Attawapiskat First Nation in Ontario has declared several state of emergencies over sewage contamination, poor drinking water and suicide attempts.

First Nations leaders have suggested the suicide crisis is fuelled by poverty and inequality. In addition, those First Nations, Metis and Inuit aged 18-25 with a reported high self-worth were less likely to have suicidal thoughts, according to a new report by Statistics Canada released this week.

"I've lived that life in poverty," said chief Karen Ogen-Toews of the Wet'suwet'en First Nation in B.C. "My background is primarily in social work, so I understand full well the social issues and economic issues our people face."

Ogen-Toews is leading the First Nations LNG Alliance which is advocating for a share of revenues from development from the industry.

"We're tired of managing poverty, we want to be able to manage prosperity

The financial benefits of oil and gas development don't always convince First Nations to embrace the industry. The Lax Kw'alaams Band near Prince Rupert, B.C., rejected a natural gas benefit offer worth more than $1 billion in 2015. Band members raised concerns over the project's environmental impact, specifically to nearby bodies of water.

The debate about pipeline development is polarized among First Nations and embracing the oil and gas sector is just one way to improve one's economic well-being. Several First Nations want to participate in the Canadian economy and create wealth through developing products and services.

In Northern Alberta, the financial success of the Fort McKay First Nation didn't happen overnight. For three decades the First Nation has operated its own businesses. In the last 5 years, those corporations generated revenues of about $2.3 billion.

"If we sat on the sidelines we would not be where we are today. We'd be impoverished. We'd be like other communities that have the bad stigma attached to it — being socially derelict," said chief Jim Boucher.

The oil price crash saw revenue fall by about 40 per cent, but the business operations are said to still turn a profit. The First Nation has a budget of $60 million this year, including education, recreation and other social programs for residents.

It's a financial situation that chiefs like Ogen-Toews are dreaming will become a reality one day for their First Nations.