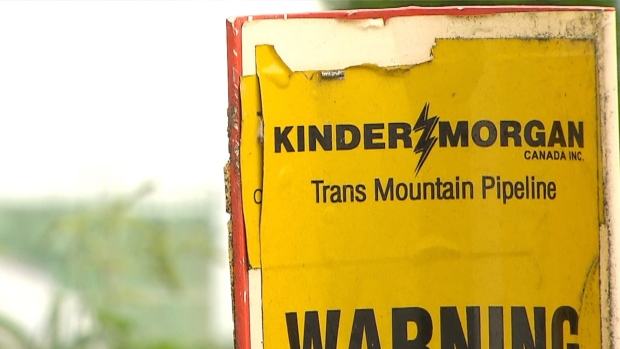 At a business conference in the winter wonderland of Lake Louise, Alta., on Friday, attendees and speakers alike voiced the reasons why Canada needs more oil pipelines.

The crowd was made up of oilpatch leaders and supporters such as TransCanada CEO Russ Girling and former federal cabinet minister John Baird.

On stage were the likes of interim Conservative Leader Rona Ambrose and former Bank of Canada governor David Dodge. Even if they didn't use their time at the podium to talk pipelines, it's on their mind. In particular, they spout the benefits new pipelines would provide for the economy and various levels of government.

"I'm not sure Canadians really understand the financial benefits," said Dodge in an interview.

The vast majority of oil from Alberta and Saskatchewan is exported to the United States, instead of being transported to a coast and exported to other countries at world prices.

"We produce a very valuable resource and we don't get full value for that resource," he said. "It's absolutely unconscionable that we don't take the actions we need to move it so that Canadians receive the full value for the product."

The federal government will announce its decisions on two Enbridge pipeline projects in the next week and rule on Kinder Morgan's Trans Mountain Expansion in the next month. The Liberal government will decide whether to order further Indigenous consultations on the Northern Gateway proposal or reject the project. It must also approve or deny Enbridge's plan to replace its aging Line 3 pipeline, with a new pipe that can transport more oil.

"Fundamentally, Canadians need to recall 30 per cent of our economy is natural resources," said John Manley, a former Liberal deputy prime minister. "That's what our business is in Canada. We may like to think we can survive off making solar panels and medical devices, but we can't."

Kinder Morgan's proposal to expand the Trans Mountain pipeline is facing increasing criticism as protests were held in several cities earlier this month.

The National Energy Board gave its approval in May to the multibillion-dollar pipeline as long as 157 conditions are met, including 49 environmental requirements. Conditions include developing grassland and wetland mitigation plans, marine protection plans and reports about how the company will construct the Burnaby Mountain tunnel.

Trans Mountain must enhance its marine oil spill response and develop a mammal protection program. For the first time, the company has to offset its greenhouse gas emissions, which will cost millions of dollars.

Critics say the conditions don't go far enough, as an oil spill could devastate salmon populations in rivers, for example. They point to the Husky pipeline spill in Saskatchewan that affected drinking water in several communities earlier this year as proof of the damage a leak can cause. Environmental groups and some First Nations vow to fight the project in court if the federal government approves Kinder Morgan's proposal.

Ian Anderson, the head of Kinder Morgan Canada, is aware of how his project has become the latest lightning rod in the debate about how industrial development should take place in the country.

The pipeline itself is not of particular interest, but he said people are intrigued by the issues the project involves such as climate change, First Nations, communities, killer whales, grasslands, caribou, and many others.

Anderson spoke at the Lake Louise conference, but refused to answer questions from journalists.

If the expansion of Trans Mountain receives federal and provincial approval, the company says it could begin transporting Alberta oil to the coast in late 2019, at the earliest.