Approval obtained for LNG pipeline from Goldboro to Cape Breton 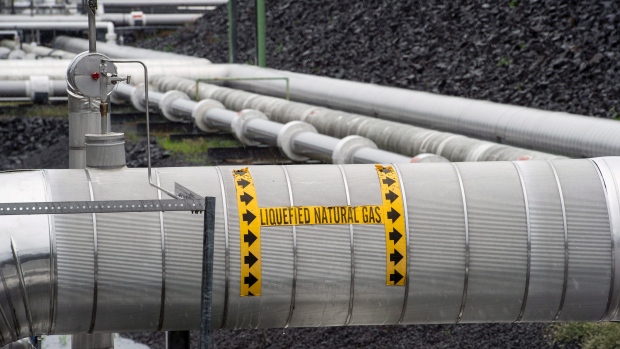 A pipeline that will connect with a recently approved liquefied natural gas facility in Cape Breton has been approved.

Bear Paw Pipeline Corporation announced Wednesday the pipeline was approved by the Nova Scotia Utility and Review Board.

The 62.5-kilometre pipeline will run between Goldboro, N.S., to the Bear Head LNG Corporation's export facility still to be constructed in Point Tupper, Richmond County.

The Bear Paw pipeline is an "integral" part of development for the proposed Bear Head site, the company said in a news release.

The pipeline would also connect with the Maritimes and Northeast Pipeline mainline, which runs from Goldboro to Massachusetts.

Bear Head obtained all required permits to construct the liquefied natural gas export facility in Point Tupper, on the Strait of Canso, southeast of Port Hawkesbury. Canada's National Energy Board and the U.S. Department of Energy have granted export licenses for the facility, the company said in June.

Operations at the Bear Head facility are scheduled to start in 2019.