Albertans need to be heard in the debate over a tanker ban on B.C.’s coast 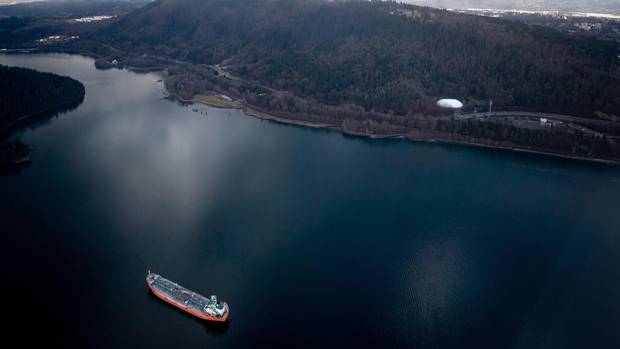 In his 2015 mandate letter to Transport Minister Marc Garneau, Prime Minister Justin Trudeau issued a public directive to implement a moratorium on crude oil tankers on the northwestern coast of Canada.

We took notice of the directive, but, confident in our new federal government’s promise of “openness, transparency and fairness” to all Canadians, we have been waiting for our opportunity to be engaged, along with all Canadians, on this important topic.

The health and sustainability of the Edmonton region and Alberta as a whole has a significant and long-term impact on the Canadian economy and the livelihood of Canadians. Our province accounts for nearly 20 per cent of Canadian gross domestic product, with our region responsible for 30 per cent of that total. Over the next 25 years, Alberta’s oil industry alone will purchase $117-billion in goods and services from other Canadian provinces and create about 830,000 jobs – 126,000 of those outside Alberta.

Our success and our ability to contribute fully to the Canadian economy is reliant on an interconnected national infrastructure – inclusive of coastal transport options – that moves our product to market.

It may seem counterintuitive that a land-locked region would be concerned about a proposed tanker ban affecting a coastline 1,400 kilometres away. But it causes a ripple effect that only just begins on the coast.

This proposed ban would affect Canadians across the country in many and varied ways, and we want our voices heard.

Contrary to the highly publicized mandate letter, the consultation process associated with this directive has been cloaked in silence and rushed through in less than six weeks. There was no public announcement that consultation was under way at the end of August, or that input is due by the end of September.

The federal government consultation website that supposedly gives a voice to Canadians actually speaks to more than 780 issues – from those of sweeping national importance such as climate change and marijuana legalization to more localized issues such as the Kitimat Clean refinery project and the northern leopard frog recovery strategy.

Noticeably absent from this site is the tanker moratorium.

That important consultation has been buried on the Transport Canada website with a brief opportunity to electronically submit thoughts. Further, the consultation asks “how” to formalize a tanker ban, not whether a ban should be implemented.

It appears this significant decision has already been made, and it’s now just a matter of managing the process. This is contrary to our government’s promise to engage and talk with Canadians before it acts.

First Nations and other local communities who live along the northwestern coast of British Columbia are at ground zero. They must be heard. But our ability to get our products to market relies on an integrated and open transportation network, and that network includes a coastline that we believe belongs to all Canadians.

While we do not live on the coast, the potential impact of this ban to our way of life is just as profound. In his mandate letter, Mr. Trudeau said “it is important that we acknowledge mistakes when we make them. Canadians do not expect us to be perfect – they expect us to be honest, open and sincere in our efforts to serve the public interest.”

For that reason, the Capital Region Board, on behalf of the 1.2 million Canadians we serve, invite Ottawa to speak with us.

We invite the government to rectify what seems to be an oversight and consult with all Canadians on the full extent of the tanker ban’s social, economic, environmental and cultural ramifications before making a decision and creating any policy.

We want the opportunity to have our voices heard.

It’s our coastline too.

Nolan Crouse is mayor of St. Albert, Alta., and chair of the Capital Region Board, which represents the 24 municipalities of the Edmonton Metropolitan Region.