Alberta's carbon prices will be highest in Canada by 2020: study 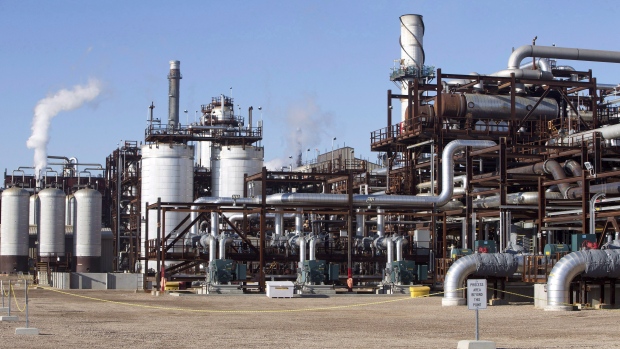 Move over, British Columbia: Canada's oilpatch next door in Alberta is on track to have Canada's most aggressive carbon pricing system by 2020.

That's the conclusion of a new study that compares the coverage of various carbon taxes and cap-and-trade schemes in four provinces that have all embraced market-based approaches to cutting emissions of greenhouse gases.

The report from Canada's Ecofiscal Commission, an independent, non-partisan research body, comes as a federal-provincial working group is wrestling with ways to co-ordinate a new pan-Canadian price on carbon emissions.

Chris Ragan, the McGill University economist and commission chairman, says an early version of the paper was sent to the working group about six weeks ago.

It's a politically contentious subject complicated not just by some provincial and territorial governments that are reluctant to impose any carbon price, but also by very different pricing systems in provinces that are already on board.

Finding a transparent way to compare provincial pricing -- and to set common national pricing parameters -- could avoid a politically divisive "zero sum game" argument over dividing up emissions reductions by province, says the study. Comparable pricing, regardless of what system each province uses to achieve it, also offers provincial flexibility while realizing the economic efficiencies of having a relatively uniform carbon price across Canada.

The study's five authors found that factoring in how much of the economy is covered by the price signal matters a great deal, and that emissions trading credits also must be considered for a true province-to-province comparison.

"The obvious point here is that you can't just look at price to compare things," Ragan said in an interview. "At a minimum you've got to think about price and coverage."

B.C. was the first province to impose a carbon tax back in 2008, but because 30 per cent of the provincial economy isn't exposed to B.C.'s current $30-per-tonne tax, the effective tax rate is more like $21 per tonne, says the study. Alberta's new, broader carbon tax will eclipse it by 2020, coming in at $23.40.

"B.C. likes to think of itself as the most stringent policy because they've got the higher price," said Ragan.

"They have a higher price but actually don't have the most stringent policy because they have relatively low coverage."

Quebec's existing cap-and-trade carbon market covers 85 per cent of the provincial economy, making it the most comprehensive in Canada.

Quebec, like Ontario, is part of the Western Climate Initiative which includes the state of California in a carbon permit trading market. Quebec's current marginal price of about $16.40 per tonne makes its carbon cost appear much smaller than B.C.'s, but after factoring in coverage rates and the impact of imported emissions permits, the commission found that by 2020 Quebec's effective price will be $18.08 per tonne.

Ontario will be a little further back, with an effective carbon price of $17.83.

Alberta, meanwhile, will see its rising carbon tax cover 78 per cent of the province's economy by 2020, leaving it with the highest effective carbon price per tonne in the country.

"The paper was shared with the federal-provincial carbon pricing mechanisms working group, and I expect it will be a helpful perspective," Environment Minister Catherine McKenna said in a statement.

"This work will help with my ongoing conversations with the provinces to develop carbon pricing tools that suit each province's unique economy."