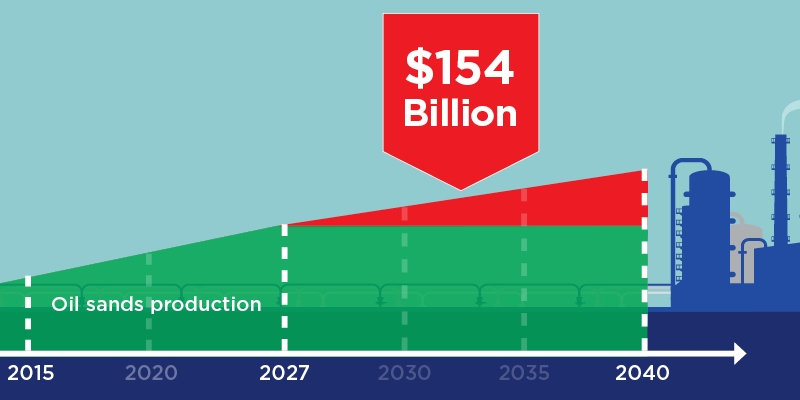 The study, How Alberta’s Carbon Emission Cap Will Reduce Oil Sands Growth, estimates the provincial government’s proposed cap of 100 megatonnes of emissions will significantly reduce the industry’s production potential by more than three billion barrels of oil cumulatively between 2025 and 2040.

That will cost the economy more than $250 billion in lost production over the same time period, and result in a meagre 0.035 per cent reduction in global greenhouse gas emissions by 2040.

“There is a serious imbalance between the high costs of Alberta’s proposed carbon emissions cap to the economy and the minimal benefits that could be realized in greenhouse gas emission reductions,” said Ken Green, Senior Director at the Fraser Institute’s Centre for Natural Resources and co-author of the report.

The study also finds capping emissions in the oilsands will, at most, only reduce carbon emissions by 236 megatonnes cumulatively between 2025 and 2040, and at a cost of $250 billion that equals more than $1,000 to abate just one tonne of emissions. By comparison, British Columbia currently prices carbon emissions at $30 per tonne.

“This will impose a very high cost on Canadians and the economy, and using current projections, we could start to feel the pinch in less than 10 years,” Green said.

“Constraining development of Canadian energy only limits economic opportunities for Canadians. Governments should keep that in mind when developing such policies,” Green added.