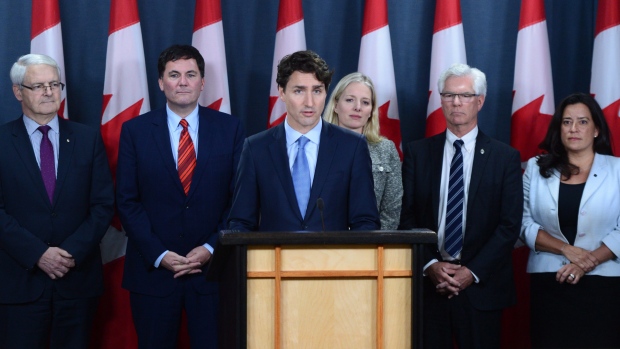 It also means that Canadian resources will find their way to markets in the safest most environmentally friendly way possible, something Prime Minister Trudeau recognized during Tuesday’s announcement when he said:

“The fact is oilsands production is going to increase in the coming years. Because we are at capacity in terms of existing pipelines, that means more oil is going to be transported by rail in the coming years if we don’t build pipelines. That is less economic, it is more dangerous for communities, and it is higher in greenhouse gas emissions than modern pipelines would be. This is all about demonstrating that we understand that getting resources to market safely, in a way that respects our responsibilities toward the environment, toward future generations, but does it in a way that is anchored in science, not rhetoric.”

Mr. Trudeau’s emphasis on transport safety is something the Fraser Institute has been stressing over the last few years, and indeed, we did the first empirical comparison of rail and pipeline safety in Canada just last year. Here is what we wrote then, in the context of Keystone XL (which may yet rise from the dead):

“Our recent analysis of pipeline vs. rail safety in the transportation of oil and gas found that rail is more than 4.5 times more likely to experience an occurrence when compared to pipelines. Another analysis found that transportation of oil and gas by rail is associated with more injuries, and in a similar vein the State Department found that if you were to transport the 830,000 barrels per day intended for Keystone XL by rail, this could potentially lead to an additional 49 injuries and six fatalities per year.

The State Department also found that moving all the oil intended for Keystone XL by other means could result in GHG emissions that are more than 40 per cent higher than if the oil had been moved by pipeline. In terms of costs as well, pipelines have the advantage—shipping oil by rail can be up to three times more expensive. That’s money, which could be invested in other initiatives, being washed away by a lack of pipeline infrastructure.”

Let’s be clear, as both recognized previously in our work and by the prime minister’s statement; Tuesday’s announcement is not only an economic victory, it’s also a victory for safety and the environment.

Taylor Jackson is a Senior Policy Analyst in the Centre for Natural Resources at the Fraser Institute.