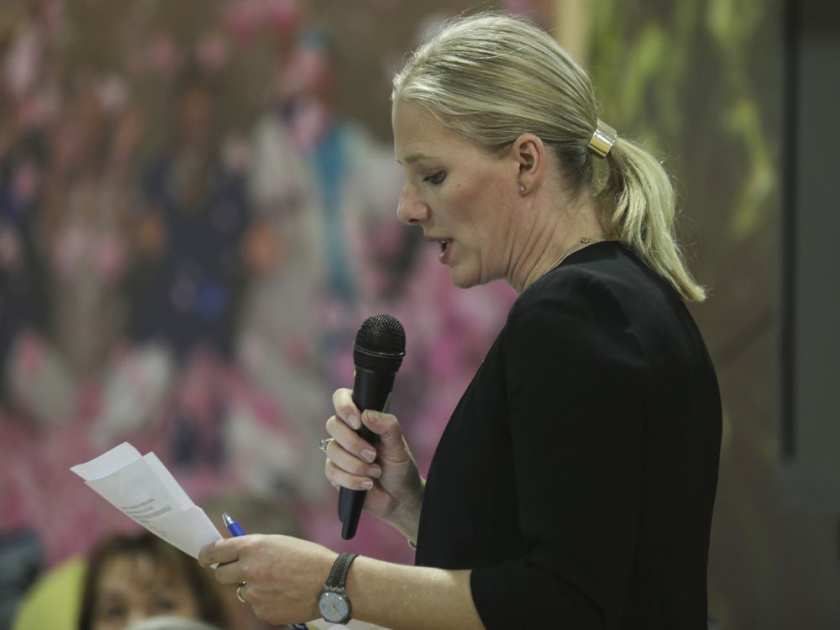 Thursday’s forecast calls for sunny skies and a high of 25 C. It should be a splendid day indeed. Not here in Edmonton, silly — in Marrakech, Morocco.

That’s where a select group of just 225 of Canada’s top climate change thinkers — led by federal Environment Minister Catherine McKenna — are gathered this week, along with a cosy crowd of 25,000 other politicians, bureaucrats and activists from around the globe, for COP22.

Delegates to COP22 may tell us the planet is frying, but for these jet-hopping climate change campaigners, it seems there is nothing more abhorrent than staying home and participating via video conference.

The latest United Nations climate change extravaganza, to be documented in excruciating detail by more than 1,000 observer organizations and an army of 700 journalists, aims to build on the work done at COP21 in Paris, in December 2015.

That’s where 195 nations agreed to sign on to a long-term plan to curb carbon emissions in hopes of limiting any rise in global temperatures this century to no more than two degrees Celsius.

If COP22 bears any resemblance to its predecessors, there will be grand speeches, urgent warnings, angry calls to action and the usual sanctimonious lectures directed at perceived climate change knuckle draggers. Canada used to be one of the biggest bad boys in this regard, but with Prime Minister Justin Trudeau vowing to impose a national carbon tax, we’re off the hook this time.

China, the world’s biggest emitter by far, continues to build new coal-fired power plants at a rapid clip and has not agreed to cap its emissions until 2030. But western eco-activists are reluctant to criticize China since it is also rolling out renewables at a faster pace than any other country.

As for the U.S., it’s heading straight to the penalty box this time, after leading the global climate change campaign for years. With president-elect Donald Trump (who dubs climate change a “hoax”) set to assume office in January, and promising to roll back President Barack Obama’s Clean Power Plan, many fear the world’s second-biggest emitter will ditch its Paris commitments.

Whether Hollande’s admonitions have any impact on Trump remains to be seen. But in truth, the much-ballyhooed Paris accord was never more than an aspirational document. Although McKenna and others claim it is “legally binding,” there are no enforceable penalties for countries that fail to meet their emissions reductions targets. Nor will there be.

That’s because the world runs on fossil fuels and will for decades to come. Renewable energy advocates don’t want to admit that, of course. Hence the constant cheerleading around heavily subsidized wind and solar power.

Yes, renewables are growing faster as coal-fired power plants are phased out in places such as the U.S., Canada, Europe and China. But fossil fuel consumption is also growing and won’t plateau for decades to come. Don’t take it from me. Consider what the International Energy Agency, or IEA, has to say.

In its annual World Energy Outlook released Wednesday, the Paris-based agency says it expects global oil consumption to peak no sooner than 2040, almost a quarter century from now. Natural gas consumption is expected to jump 50 per cent.

While demand for oil to power the world’s one billion vehicles may eventually start to slow, the IEA, which provides energy data and research for 29 member countries, says other sources of energy demand are likely to more than offset any drop in gasoline consumption.

“The difficulty of finding alternatives to oil in road freight, aviation and petrochemicals means that, up to 2040, the growth in these three sectors alone is greater than the growth in global oil demand,” the IEA says.

Under its most likely scenario, the IEA sees oil demand reaching 103.5 million barrels per day (bpd) by 2040, up from a little over 95 million bpd currently, with India supplanting China as the main source of growth, and China overtaking the U.S. as the world’s top oil consuming market.

On the investment side, the IEA also expects the traditional fossil fuel sectors to attract the biggest share of capital spending globally.

“A cumulative $44 trillion US in investment is needed in global energy supply in our main scenario, 60 per cent of which goes to oil, gas and coal extraction and supply, including power plants using these fuels,” it says, “and nearly 20 per cent to renewable energies. An extra $23 trillion is required for improvements in energy efficiency.”

Compared to the 2000-2015 period, when close to 70 per cent of total energy investment was focused on fossil fuels, this represents a marked decline. But once again, the IEA notes, that decline is gradual and fossil fuels will continue to attract the lion’s share of investment.

The bottom line: yes, the global energy system is changing. But change is likely to be slower than many expect and it may even stall once Trump is in office.

Gary Lamphier is a business columnist for the Edmonton Journal.